Lady Prosser, also known as Baroness Prosser, told A level students and pupils studying for their history GCSE about the work of the House of Lords.

She touched on some of the current political battles, including proposals by the coalition government to reform health and social care, welfare payments, legal aid and the House of Lords itself.

The 74-year-old peer, who lives in Hove, presented a prize to Josh Collis for his outstanding work in citizenship at the sixth form in High Street, Portslade.

He was one of a number of students to ask her questions about her life and work.

He referred to reports that the Prime Minister David Cameron was considering tax breaks for people who employed domestic staff as a way of trying to get women back to work.

Lady Prosser said: “I’ll get my pinnie on!” 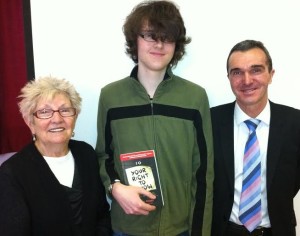 She dismissed the idea as insulting and took further questions, including one about the government’s decision last year to scrap the education maintenance allowance.

She said: “It was penny wise and pound foolish.”

Our European competitors were investing more in educating young people, she said, adding: “We should put more effort into vocational education and training.”

She praised the many young people who took part in events such as the junior race at the London Marathon. She said that these sort of fundraising activities were rarely reported while youngsters were generally given a bad press.

Sixth former Alana Fowler asked three questions, including one about what Lady Prosser did before she took her seat in the Lords.

As Margaret Prosser, she worked in an advice centre in South London and as an adviser in a law centre.

She said: “I really enjoyed it. Then I went off to work for the TGWU which was a very big blue collar male dominated union.”

She rose through the ranks to become deputy general secretary of the union which is now part of Unite.

As well as serving in the House of Lords, Lady Prosser is also the deputy chairman of the Equality and Human Rights Commission.

Honor Wilson-Fletcher, chief executive of the Aldridge Foundation which sponsors PACA, asked what advice Lady Prosser had on how to make a difference.

Lady Prosser cited an old quotation about being lucky and how “the harder I work, the luckier I get”.

The talk took place in the building where the man who set up the Aldridge Foundation, Sir Rod Aldridge, went to school in the late 1950s and early 1960s.

PACA principal Stuart McLaughlin said: “We are very honoured that Baroness Prosser was able to talk to our students today.

“Her visit provided a fantastic opportunity for students to talk to someone who has a deep understanding of Parliament, so that they can really appreciate Britain’s law making processes. 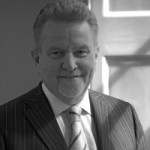 “Congratulations to Josh Collis for his citizenship award. The academy is committed to supporting all students to develop the qualities that will help them to become valued members of the Portslade community.

“Josh is an exemplary student and citizen who thoroughly deserves his award.”

The visit was arranged through the “Peers in Schools” programme which has been running since 2007 and has so far involved about 30,000 young people.

The programme involves sending members of the House of Lords into schools and colleges across the country to give talks in support of the citizenship curriculum.

Mike Weatherley, the Conservative MP for Hove, who has visited the school previously, said that he welcomed the visit.

Mr Weatherley said: “Visits like this are an excellent way to engage with children on how our democracy functions.

“I am pleased to see that the House of Lords is making a concerted effort to work with schools and help children understand the role of Parliament in all of our lives.”