Brighton and Hove churches open night shelter for the winter

Nine churches across Brighton and Hove are opening their doors overnight between now and the end of February to offer shelter for the homeless.

This is the second year that churches in Brighton and Hove have worked together to provide a winter night shelter.

The project is being run by Tom Bucher, 22, who was a student at Sussex University until the summer.

For the next three months the English graduate will be doing his best to keep homeless people off the streets through the winter by co-ordinating hundreds of volunteers from the nine congregations.

The Brighton and Hove Churches Night Shelter was a response to the loss of the night shelter at St Patrick’s in Hove. 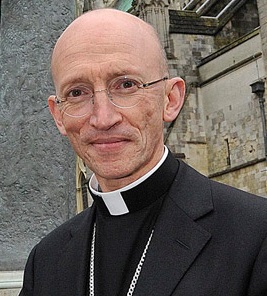 Mr Bucher will work with Antifreeze, part of Off The Fence charity, to direct rough sleepers to a different church each night.

His role includes interviewing and assessing his guests before they are offered dinner, bed and breakfast.

Mr Bucher said: “I’ll be checking their welfare and encouraging those who have chaotic lives to meet their appointments for help and support. Some also have confidence issues.”

He said that he would be carrying out risk assessments too with the aim of protecting the church volunteers and the other rough sleepers in their care.

After graduating, Mr Bucher became an intern at St Peter’s Church in Brighton.

He has been running a day centre on Fridays for about 30 to 40 homeless men. The church has long had a day centre for homeless women.

And each Saturday night St Peter’s also feeds about 100 homeless adults with a “safe haven meal”.

When his stint as an intern ends next summer, Mr Bucher will start training to become a primary school teacher.

In the meantime he will be checking in each evening to his own church or one of the eight others. They are

Forty members of the congregation of about 800 at St Peter’s have volunteered to help, many of them having taken part last year.

Mr Bucher opened the church’s doors to the homeless last Saturday (1 December), the night before the first day of advent.

Preparations started long before. And the night shelter will run until Thursday 28 February.

Almost a week before, Martin Warner was enthroned as the new Bishop of Chichester. He oversees the Diocese of Chichester – the Church of England area that includes Brighton and Hove.

He indicated in his first sermon that church politics in the shape of the vote on women priests at the General Synod had damaged the church’s reputation.

And he acknowledged issues locally around the abuse of children and vulnerable adults by those employed by the church.

He said: “If you want to identify the data for taking the Church of England seriously, do not turn to its institutional structures, to the General Synod or even to the bishops in isolation from their people – knowledge of my own fallibility tells me how little that might yield.

“Look instead at the Christians, priests and laity alike who model and sustain on a daily basis the best of what we are about.”

He cited work with the homeless and, undoubtedly, the work of Tom Bucher and his hundreds of helpers will provide more examples of the best of the modern church.