A 44-year-old Brighton man has been jailed for five years for attacking another man with a baseball bat in the street in the middle of the day.

Barrington-Griffiths, formerly of York Place, Brighton, struck My Hayes repeatedly, including across the head. Locals stepped in and, as the attacker fled, they raised the alarm.

Members of the public came to the aid of Mr Hayes and helped him until paramedics arrived. 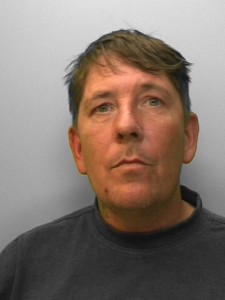 A Sussex Police CCTV operator turned cameras to follow the suspect running away and neighbourhood policing officers were able to identify Barrington-Griffiths from the footage.

Teams of officers then searched the city and arrested the offender within the hour.

Barrington-Griffiths denied being involved until officers were able to link him to DNA left at the scene.

“The CCTV showed Barrington-Griffiths walking up to the victim and then attacking him.

“The victim said he did not know Barrington-Griffiths and the attacker never gave us a clear reason why he did what he did.

“What is certain is that thanks to everyone working together, Barrington-Griffiths has been jailed and will not be causing trouble in Brighton for a long time.”

The attack happened at about 2.30pm on Wednesday 3 April last year.