A paedophile has been jailed for a string of sex offences involving a 14-year-old girl who he spied on through a peephole into her bathroom. 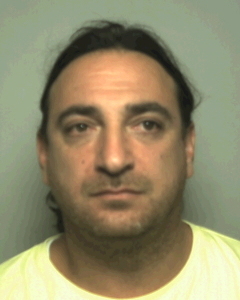 John Cortegio, 44, of  Brighton, was sentenced to a 14-year extended sentence of imprisonment at Hove Crown Court on Thursday, 13 November.

He will serve the first seven years before being able to apply for parole and whenever he is released will be on release licence until 14 years has expired.

He had been found guilty of 19 sexual offences, most of which involved a teenage girl, then 14, known to him, in two separate trials, one in February this year for 15 of the charges and one this September for the remaining four.

He is now required to register as a sex offender for life on his release from prison, and is the subject of an indefinite Sexual Offences Prevention Order (SOPO) which prohibits his unsupervised access to girls under 16.

Detectives found a shed in which he had created a spyhole into the adjacent bathroom through which he was able to video-record.

The offences involving the teenage girl included five serious sexual assaults on her involving penetration, one of inciting sexual activity, others of making indecent images of her, and one of voyeurism.

He was also found guilty of voyeurism in videoing an unidentified woman in the bathroom through the spyhole, and of possession of prohibited images depicting animals.

Detective Constable Paul Ash said; “The offences came to our attention last year when another occupant of Corteggio’s address saw images on his computer and became suspicious.

“We immediately investigated and traced the girl who provided us with full details of what had happened to her and gave evidence against him in court.

“It became clear that he had befriended her over a period of time, taking advantage of her youth and vulnerability.”

The court was also told that Corteggio had been a registered sexual offender until 2006 following a previous conviction for sexual intercourse with an under-age girl.