Calls are being made for special community group parking permits to help volunteers who work in controlled parking zones. 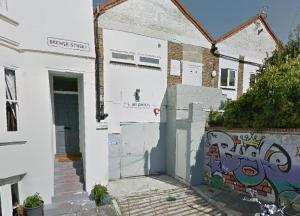 The Brighton Sea Cadet Unit is one such group which has been affected by the new Lewes Road Triangle zone, which came into force late last year.

They now find it almost impossible to park within walking distance of their premises in Brewer Street, and are not eligible for a permit as they are neither residents nor a business.

Conservative group leader Geoffrey Theobald is today submitting a letter to Brighton and Hove City Council’s environment, transport and sustainability committee, which meets this afternoon, calling for solutions to be investigated.

It reads: “The Brighton Sea Cadet Unit, which has been established in these premises since the 1930s, cannot be unique amongst voluntary organisations in the city in experiencing these problems with new CPZs.

“Given that we all presumably want to encourage community organisations, and their many volunteers who give up so much of their time, across the city to flourish, I am requesting that Officers bring a report to the next meeting of this committee (17 March) presenting some possible solutions to this specific problem with the Sea Cadets and the wider issue of community organisation parking.

“One option that has been mentioned to me is the possible introduction of some sort of specific community organisation permit, which could be issued in limited numbers to affected groups within CPZs.”