A former Labour minister is coming to Brighton to lead a discussion about policies for older women tomorrow (Monday 26 January).

Fiona Mactaggart, a former Home Office minister, is speaking at a meeting hosted by the party’s parliamentary candidate in Brighton Pavilion Purna Sen. 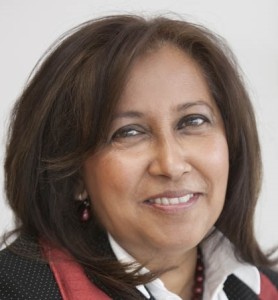 Those attending the meeting have been invited from a number of local organisations.

Ms Mactaggart, the MP for Slough since 1997, is a member of Labour’s commission on older women.

The commission is contributing ideas on policies should Labour form a government after the general election in May.

In its interim report the commission said: “The health of women who are now over 50 is markedly better than previous generations, they have much higher educational qualifications and they have done much more in the world of work.

“But while so much about women’s lives has changed, public policy remains rooted in the past.

“Public policy needs to wake up to the new generation of older women who are neither in their youthful child-rearing years nor frail and elderly, needing support.

“They have a vital role in the family and in the world of work.”

The meeting is being held at the Friends Meeting House, in Ship Street, Brighton.