Sarah Gibbs, 33, was jailed for 42 months – or three and a half years – in May last year after pleading guilty to stealing the money and false accounting.

On Thursday (29 January) a hearing at Brighton Crown Court was told that Gibbs had enjoyed the benefit of almost £282,000 as the result of her criminal conduct.

She raided customers’ accounts while manager of HSBC branches in Hove, Shoreham and Goring and tried to cover her tracks by falsifying records and transferring money from internal branch accounts.

But when a customer asked about investments which were supposed to have been made by Gibbs, an internal audit flagged up irregularities. 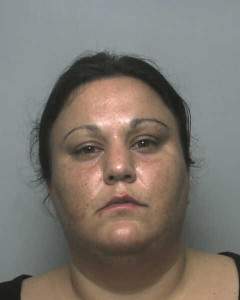 The audit found that Gibbs had not invested the customer’s money but had been taken it herself. She had also plundered the accounts of others, including several pensioners and her own friends.

The court was also told that HSBC had reimbursed account holders for their losses, including interest, and had recouped Gibbs’s staff pension through a civil court case.

Her remaining assets were said to be worth £73,120 and that they would be confiscated and should be paid to the court within six months to be passed to HSBC in compensation.

She was told that if she didn’t pay the money over then she would be jailed for an extra year.

The confiscation hearing – under the Proceeds of Crime Act – followed a financial investigation by detectives from Brighton.

They were helped by experts from the Sussex Police Economic Crime Unit, using information provided by the HSBC Bank Fraud Investigations Team.

The investigators analysed the transactions on more than 50 bank accounts operated by Gibbs and her husband through which the funds from the theft had been laundered.

A further £35,000 went on a pony, including the cost of stables, £30,000 was spent during trips to the Rendezvous Casino in Brighton and on online gambling and £7,500 on holidays.

Detective Inspector Gill Sole, of the Sussex Police Economic Crime Unit, said: “Whenever someone has profited from their crime we will pursue them to recover those proceeds, firstly to ensure that victims are compensated and secondly to ensure that the criminal will not continue to enjoy the benefit of their criminality.”