More Brighton and Hove bin strikes could follow after talks between the council and union bosses remain in deadlock. 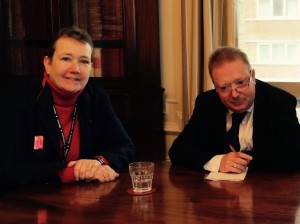 Bin lorry drivers who are members of the GMB union are continuing to work to rule after no agreement was reached with Brighton and Hove City Council following Wednesday’s strike.

At the heart of the dispute is the bin lorry driver’s pay grade, which the GMB says has been set too low, but the council says is the same as similarly skilled council jobs.

The GMB says it is currently considering what further action, if any, it will take.

The council’s head of city clean and parks Richard Bradley said: “We met with the GMB union again on Thursday to try and find a way to resolve the current dispute and get the service back on track and meeting resident’s needs.

“We apologise to residents affected. We have met every request of the union to meet, to carry out job evaluation work and to try and achieve an acceptable resolution.

“Unfortunately the GMB currently does not accept the job evaluation panel’s findings on the driver charge hand’s job grade.

“The GMB has also refused to take part in the panel itself. The grading is in line with other similar jobs across the council and has been through a robust and established evaluation process.

“Under equal pay legislation we cannot raise pay in one area of the council without justification and without applying an unaffordable cost across the entire organisation.

“We will continue to offer to meet our union colleagues and seek a swift end to the misery this ongoing industrial action is causing local residents.”

The council says it plans to have picked up all outstanding rubbish by the end of today, and will continue to pick up outstanding recycling through the early part of next week.

Residents are advised to leave their refuse out for collection.