The interim principal and chief executive of City College Brighton and Hove has offered reassurance to staff, students and parents.

Monica Box, who turns 65 this month, said that the college had not had good enough control of its finances.

But now, she said, it had a financial recovery plan in place and had tightened its spending controls.

The college was working hard to pay its suppliers on time and to file its outstanding accounts for the past financial year, having missed a December deadline.

She was clear that City College’s thousands of students could be confident that they would be entered for exams. 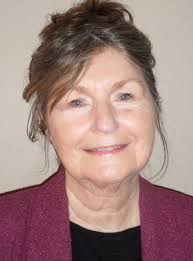 She said: “Clearly what happened with the 37 students in terms of examinations this year was not just regrettable but completely counter to anything this college would ever want to see again but learners, their programmes and their assessments are our priorities and they can be confident that that’s how the college will proceed.

“It’s a very promising task because the college has real opportunities to grow even in this difficult funding climate.

“So I think the prospect for a new senior team coming in, say, six months’ time is a good prospect.

“The first thing that struck me when I arrived at the college was its friendly, vibrant atmosphere and the positive attitude of staff and students.

“Brighton is such a young, forward-looking city that’s rich in potential so to be the main further education provider in a location like that makes the college incredibly well-placed to go from strength to strength.

“I think the ‘engine room of the local economy’ description really hits the nail on the head.

“Brighton and Hove has such a young demographic, local businesses will be relying on the college to provide them with well-trained employees so I very much see the college being at the heart of future growth.”

She did not rule out the possibility of staff cuts but wanted to look at what other efficiencies could be made first. The staffing should be tailored to the curriculum offered by the college, she said.

The rebuilding of the Pelham Street campus had not been cancelled but would not go ahead in the immediate future while the finances were stabilised.

But work on the £9 million new construction centre at the City College East campus, in Wilson Avenue, would start soon. 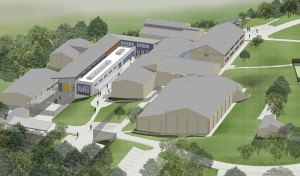 An artist’s impression of the construction trades centre at City College East in Wilson Avenue, Whitehawk

And the college would continue to sponsor City Academy, formerly Whitehawk Primary School.

She added: “Most of my work is with colleges that have recovery plans or are about to have one.

Here, there is a financial recovery plan.

“There have been issues otherwise the college wouldn’t have a financial recovery plan and they were around financial controls.

“The key issues were less around income than how the income was used – the control of that income if you like.

“It’s not about it being spent wrongly but about how it was controlled.

“We’ve got to get last year’s accounts closed down. That normally happens towards the end of December or at the start of January.

“Because we lost a number of key staff in our financial team last year and some towards the end of the calendar year, we’re a few months behind.

“And we have to work towards meeting our forecasts for this year and we’ve clearly got to plan for the next financial year.

“The sector is a turbulent sector in terms of funding at the moment and there are reductions for all colleges in their 19-plus incomes.”

She said that the college had annual income of about £20 million but it was anticipating cuts of about 24 per cent in funding for older learners – those over 19.

She added: “It may be less than that but we expect a reduction. It doesn’t necessarily mean that we can’t provide programmes for 19-plus learners. 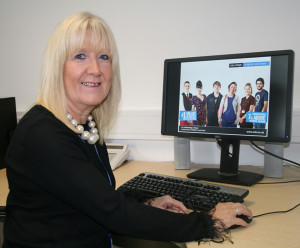 “But it does mean that some of those programmes have to be funded through student loans and other means.

“At this stage we’re not looking at a savings figure we’re looking at efficiencies and meeting our plans.

Ms Box started work on Wednesday 25 February less than a month after the principal and chief executive Lynn Thackway stepped down because of a family illness.

She was born and raised near Wrexham in North Wales where she went to the local grammar school before university in Manchester.

As a young teacher in Moss Side in inner city Manchester she said, “I really learned the craft there very quickly. You really learned in the classroom how to teach.

“I had some really good mentors who were part of the staff team. That was a very enjoyable time and a very fast-learning time.”

She later ran the Youth and Community Service in South Manchester. Her first post as a principal was at Calderdale College in Halifax from 2001-07.