Brighton University students and staff launched an emergency appeal for funds to rebuild a school it opened in earthquake-stricken Nepal today (Friday 1 May).

Donations will also be used to help the school’s children and their families whose homes have been wrecked by the disaster.

The school in the remote Nepalese hamlet of Malagiri opened in 2011 and children were enjoying their very first formal education thanks to money raised by staff and students from the university’s School of Education.

The devastating earthquake caused serious damage to the school with large cracks appearing in the walls and floors. More significantly, the children and their families’ lives are in turmoil. 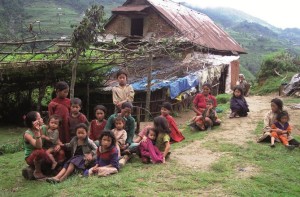 Children in Malagiri in Nepal

Lorraine Harrison, head of the school of education, said: “Thankfully, there are no reports of fatalities in the village. However, houses have also been badly damaged.

“Our Malagiri committee is now raising money to provide help and support for the school and its community.

“We would appeal to the entire university community to join the effort by donating through https://www.justgiving.com/School-for-Malagiri.”

Sam Davies, the university’s director of philanthropy and alumni engagement, said: “We cannot overstate the seriousness of the situation in Nepal.

“The massive 7.8 magnitude earthquake has affected more than eight million people and destroyed some 70,000 homes. 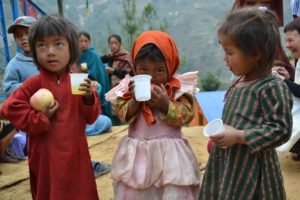 Children from Malagiri in Nepal

“Even those whose homes are still standing are sleeping in the streets because they are terrified by regular aftershocks.

“The Nepalese government says it has been overwhelmed by the disaster and as we know aid is being received into the country from across the world, including from here in the UK.

“The university has had a philanthropic presence in Nepal for many years – and we now need to help further.

“Many children in the area have no education because the nearest government school is a two-hour walk away.

“The people of Malagiri are incredibly skilled, with a strong oral tradition, but children are keen to learn to read and write.

“Within the first year of active fundraising by the School of Education, over £45,000 was raised for the project and the school opened its doors for the first time in April 2011.

The school teaches literacy and numeracy but also practical skills for later years, for instance, how to get the best price for their crops at market.

“Further updates are expected in due course, but in the meantime, the Malagiri committee within the School of Education would like to encourage staff, students, alumni and university partners who are in a position to do so to make a donation to support the school and its community at this difficult time.

“Please help with donations and/or organising fund-raising events and using the https://www.justgiving.com/School-for-Malagiri site.

“As part of the university’s charitable status, 100 per cent of donations given will be passed to the project with no administration costs deducted.”

For more information about the Malagiri project go to www.brighton.ac.uk/education/aboutus/malagiri.