Professor Dave Goulson – a bumblebee expert at the University of Sussex – has been named alongside Sir David Attenborough as one of Britain’s most important conservation heroes. 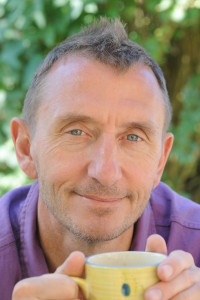 Professor Goulson makes the top 10 of BBC Wildlife Magazine’s ‘Wildlife Power List’, containing the 50 people who a panel of experts believe will have the biggest impact on wildlife in the next decade.

The magazine says that Professor Goulson makes the list for his consistent championing of bumblebees and their natural habitats, and his outspoken stance against the use of neonicotinoid pesticides.

Bumblebees are among the most ecologically and economically important pollinators in temperate regions but, like other pollinators, are declining worldwide. Of the 25 UK bumblebee species, two have become extinct and eight have declined substantially since 1940.

Professor Goulson says: “I’m truly honoured to be named in this list, alongside such personal heroes as David Attenborough.

“All I have really done is try to speak the truth about pesticides and bees, and more broadly about what harm we are doing to the world. Bees deserve our help, and someone has to stand up for them.”

BBC Wildlife Magazine’s Environment Editor, James Fair, says: “BBC Wildlife readers are passionate about invertebrate conservation and they have a particular interest in pollinators such as bumblebees.

“Dave founded the one Bumblebee Conservation Trust and he made this list because he has been one of the leading scientists speaking out about neonicotinoids. He has been the go-to person on the subject, giving evidence to MPs and decision makers.”

His entry in the magazine reads: “Dave founded the Bumblebee Conservation Trust and is the driving force behind the recent reintroduction of the short-haired bumblebee (a species that died out here in 1988) to Kent’s coastal marshes.

“But he earns his place in our Top 10 for the clarity, verve and unyielding determination with which he speaks out against the dangers that neonicotinoid pesticides pose to our wildlife, especially bees.

“For this he has had to endure media uproar, as described in Chapter 13 of his superb 2014 book, A Buzz in the Meadow. ‘We can’t easily solve all of the problems affecting bees, but we can stop poisoning them,’ he writes. ‘Isn’t it time we did so?’

“With an end to the UK’s temporary ban on neonics in sight, his voice will be increasingly important.”

BBC Wildlife Magazine editor, Matt Swaine, says: “These are the people who we believe will shape the way we see the natural world in the coming years and who have the greatest potential to deliver a positive outcome for wildlife both in the UK and abroad. ”

The full list, which includes renowned broadcasters and celebrities as well as often-unheralded scientists and conservationists, is published in the May issue of BBC Wildlife Magazine, on sale from 13 May.

In 2010, he was named ‘Social Innovator of the Year’ by the BBSRC and, in 2013, won the Marsh Award for Conservation Biology from the Zoological Society of London.

He also has a YouTube channel in which he discusses bees. Here’s a video of him talking about the best spring garden flowers to help bees: