Hunt for council i360 emails throws up just three conversations

A Brighton journalist’s hunt to find out what discussions took place between senior councillors and officers about the i360 has thrown up just three email exchanges in two years. 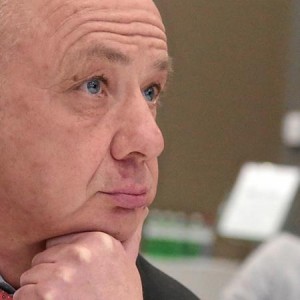 Freelance journalist John Keenan has followed the progress of the Brighton i360 in recent years, including its public loan brokered by Brighton and Hove City Council, and was curious to know what issues it had created within the council.

To this end, he put in a request under the Freedom of Information Act two months ago for all emails sent from the beginning of 2013 to the end of January 2015 between senior councillors and management.

But to his surprise, when the response finally came back this week, it contained just three email conversations.

Mr Keenan said: “The i360 has generated to date a lot of interest and I was interested to see what senior officers and councillors thought about it – what issues it’s thrown up for officers and what they have had to debate. I wasn’t expecting to find anything in particular.

“I reframed my original request to narrow it down and after two months I still hadn’t had a reply.

“I sent four reminders and a complaint to the Information Commissioner’s office and this week, they sent me a reply with just three short emails.

“To say I’m surprised is probably the most diplomatic way of putting it. It’s one of the most controversial and expensive projects the council has embarked upon.

“I’ll still keep chugging away. I have now asked to see the emails generated by my request.”

Katharine Pearce says community benefits and ticket revenue have still not been agreed, and that the council may not be able be on the attraction’s board as that may influence any future claims it makes (presumably if the i360 is not able to replay the loan).

The second, sent the following month by deputy head of law Bob Bruce and forwarded to Jason Kitcat by Penny Thompson, discusses an email from Brighton developer John Regan (which itself is not included) asking for a response to his call for an independent patronage and cost study. The response itself is also not discussed.

The third, sent in November 2014 by Katharine Pearce, discusses English Heritage’s support for the demolition of the West Pier arches.

The full emails can be seen by clicking here.