Petition calls for food waste collection for Brighton and Hove

A petition has been launched calling on Brighton and Hove City Council to launch a food waste collection by the beginning of next year. 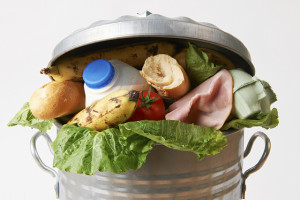 Food waste. Image by US Department of Agriculture on Flickr

Hannah-Rose Tristram has outlined eight steps she would like the council to take to get the service started in a petition which at the time of publication had been signed by ** people.

If more than 1,250 people sign it in the next six weeks, it will be debated by the first full meeting of the newly elected members of Brighton and Hove City Council.

But both the new Labour environment spokeswoman Gill Mitchell and her predecessor, Green councillor Pete West, say it is unlikely to be a priority.

Ms Tristram says: “As a city/area reknowned for being progressive and conscientious, it is a travesty that Brighton and Hove Council are so far behind other councils in this matter.

“What we do not want to see is, lots of talk and no action. Lots of well written reasons why this cannot happen, does not help the environmental situation.

“We do not want the result of this petition to be some explanatory or pacifying emails or public information.

“We want the result of this petition to be practical action, and soon.

“The world does not need more emails and surveys. The world needs greater care for the environment, in all possible ways.”

But Gill Mitchell said that the new administration’s top priority would be getting the existing refuse and recycling service working effectively, rather than adding new services to it.

She said: “My initial reaction is to thank the petitioner but to point out that our first priority is the do stil the service down in terms of refuse and recycling collection and street sweeping.

“We have got to get the basics right before we introduce new services.

“At the moment there’s no indication of where any additional money would come from and we are facing cuts to our existing services.

“I’m a firm believer in neighbourhood composting schemes and green waste collections are something that we are very keen to look at and are exploring at the moment, but again, the service would have to pay for itself.”

Cityclean’s head of operations Mike Moon told a meeting of the Hanover and Elm Grove local action team on Monday night that the cost of a food waste trial was included in a briefing document to be put before the new environment committee.

He said:” It’s in our document which is briefing the new environment committee. As a council officer I won’t predict the outcome of that. We costed out that trial and it was very expensive.”

Coun Pete West said a Green plan to trial food waste in 2012, which would have cost an estimated £1million, had come to nothing after a bid for European funding was turned down.

He said: “”I share the petitioners’ frustration and I certainly think it’s important – I barely talk about anything else. The challenge is to set up a system which works for everyone.

“A Green plan in 2012 to trial door-step food waste collections came to nothing after a bid for European funding was turned down. We have been searching for food waste ideas ever since.

“Other council schemes are expensive, reliant on fortnightly or three-weekly collections and tend to be poorly used, with a typical rate of about 15%.”

“To persuade people in Brighton and Hove to use such a scheme, faith in Cityclean would have to be restored first.

“In the meantime the rapidly growing network of neighbourhood composting points, used by more than 1,000 people, is one solution.

“Another is home-composting, with rat-proof garden food waste bins, called Green Johannas, which are available through the council at a subsidised price of £100.”