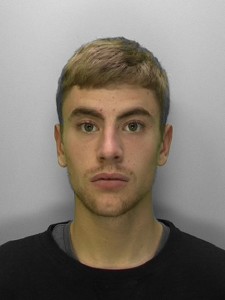 A Brighton man has been sent to prison for 12 years and six months after admitting a vicious assault on his six-week old baby boy.

Benjamin Reeve, 22, of Dorset Gardens, Brighton, was sentenced at Lewes Crown Court today, having pleaded guilty at a previous hearing to causing grievous bodily harm to the baby on 28 April 2013 at his then home address in Clarence Square, Brighton.

The child received two fractures to the skull and multiple fractures of the ribs.

Detective Constable Duncan Chalmers said: “This was a vicious assault on a helpless child and that is clearly reflected in the sentence imposed today.

“Happily the child recovered from his injuries.”