Brighton College said today that its students had achieved the best A-level results recorded by a co-ed school in England. 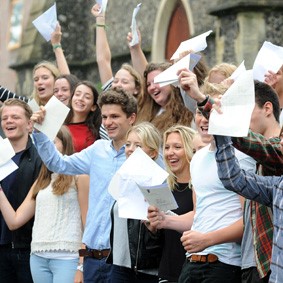 The school said: “To give you some indication of how well the Upper Sixth has done, the A* to B percentage places Brighton ahead of where Westminster, Eton and Winchester were last year.

“They establish Brighton as the top co-educational school in England for GCSE and A-level and comfortably in the UK Top 10.”

Thirty pupils achieved three A* grades with 107 scoring A*s and As in every subject.

The school said: “The 2015 A-level results are another record.”

The head master Richard Cairns said: “As ever, this reflects brilliantly on the commitment and hard work of our pupils, the inspirational teaching of our Common Room and the huge efforts made by all members of academic and senior management in helping to identify and support those individuals who, in other schools, might have fallen by the wayside.”