A Brighton researcher has co-authored a damning report on the House of Lords, published yesterday (Sunday 16 August).

Jess Garland, who was a doctoral researcher at Sussex University, wrote House of Lords: Fact vs Fiction. 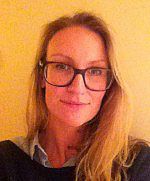 Ms Garland, who completed a PhD in politics at Sussex last year, co-authored the report with Chris Terry, a colleague at the Electoral Reform Society.

The society is run by former BHASVIC student Katie Ghose and campaigns for a more representative democracy.

An Electoral Reform Society briefing on the report said: “Today, we can reveal that the House of Lords is officially, well and truly bust.

“We’re pleased to launch our new report on our unelected upper chamber – House of Lords: Fact vs Fiction – where we shatter the myths on Britain’s second House.

“It’s the first major piece of research on the House of Lords since the general election. And the findings are quite shocking.

“Fact vs Fiction shows conclusively that the House of Lords is growing out of control, with the government set on appointing hundreds more peers at a cost of millions.

“We’ve also shown that far from being a bastion of independence, non-partisan crossbench peers turn up far less frequently than party political peers.

“On top of that, we have found that over a third of Lords previously worked in politics – compared to less than 1 per cent of the British public.

“Our House of Lords looks nothing like the public whose decisions it impacts. Almost half live in London or the south east while there are just two peers under the age of 40.

“This is a shockingly out of date and unrepresentative institution.

“The Prime Minister said he ‘regrets’ not reforming the second House in the last parliament. It’s time for him to act – and finally fix our broken upper chamber.”

Ms Garland and Mr Terry set out their findings. They said: “What we’ve found:

“Today we’ve taken another step forward in calling the House of Lords out for what it is – an oversized, undemocratic, unrepresentative and archaic institution urgently in need of reform.”

For more information and a link to the report, click here.