1) The club were well prepared to deal with the extreme heat ensuring that free tap water was on hand to those that required it, especially in the family stand.

2) It was not only the fans who had a thirst to quench. Albion keeper David Stockdale appeared to signal quite frantically to the bench that he was without liquid during the first half. A member of the training staff was duly despatched behind the goal.

3) That Casper Ankgren watched the match from behind the Albion bench with his right leg in a surgical boot, meaning that the Seagulls appear to have only two fit goalkeepers.

4) Bobby Zamora sat next to new signing Connor Goldson in the same area in the first half. But not during the second period.

5) Sky commentator and ex-Tottenham and Liverpool striker enjoying some refreshment in the Bupa Lounge after the match. 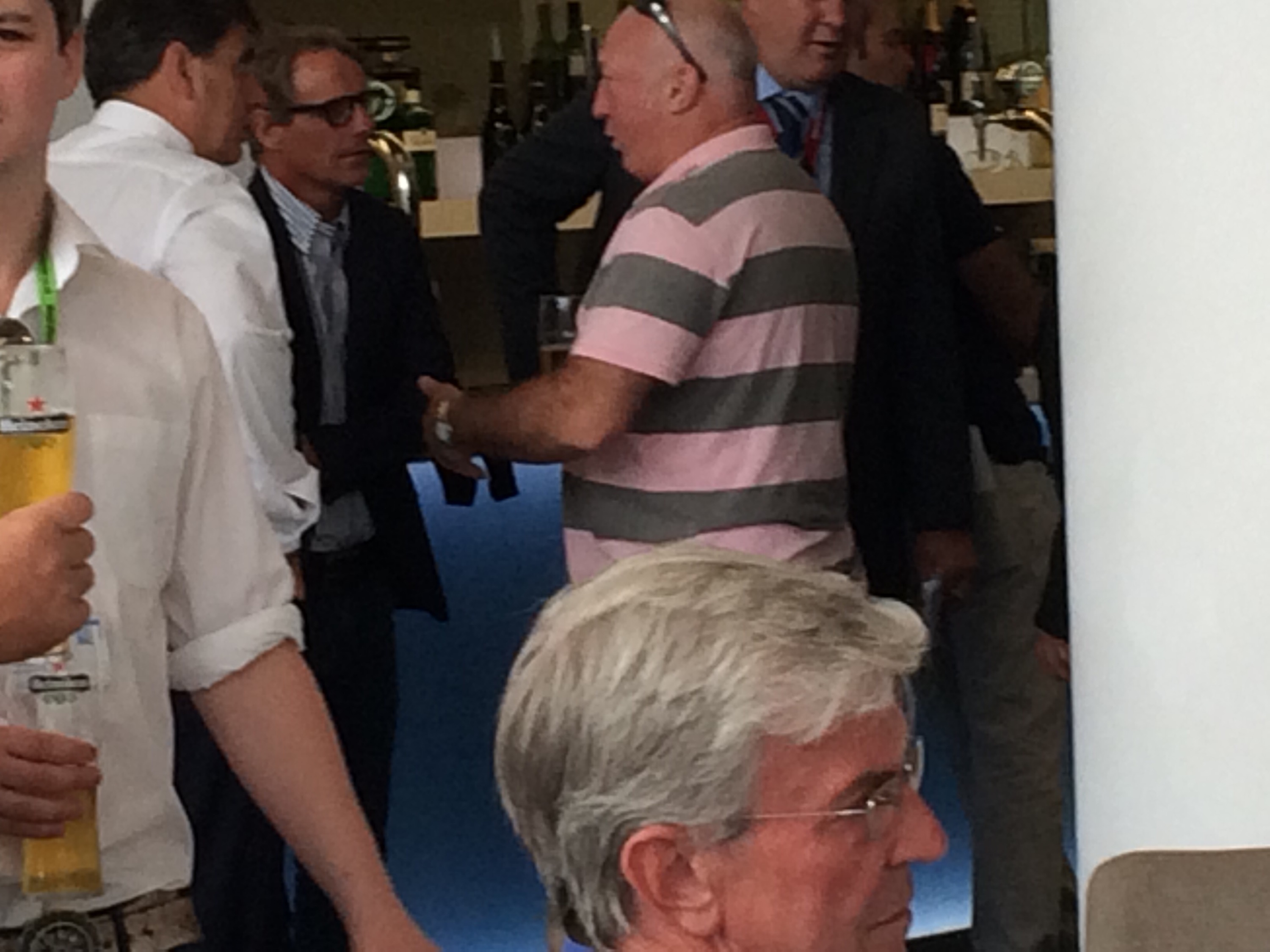 Paul Walsh chats to ex Albion players Gary Chivers, Warren Aspinall and Guy Butters after the win at home to Blackburn yesterday. However, Arsene Wenger is not in the foreground.