Passengers travelling between Portsmouth and Brighton will have to travel on the UK’s oldest electric trains still running for the foreseeable future as there are currently no plans to replace them. 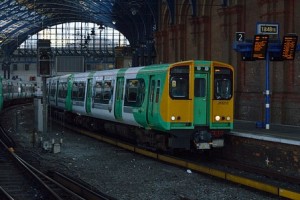 The Class 313 trains, which have no toilet facilities, were introduced on the West Coastway routes in 2010, to the dismay of passengers.

Now, Hove MP Peter Kyle is calling on Southern to put the creaking carriages out of their misery.

Mr Kyle said this week: “The oldest electric trains still in operation in the UK look set to get even older as the Government has confirmed there are no plans for their replacement.

“This is a real blow to long suffering passengers in Hove and Portslade who have had to endure these trains across West Coastway routes, operating services to destinations as far away as Portsmouth and with no toilet facilities, and now seemingly with no end in sight!”

In response to a parliamentary question from Peter Kyle, rail minister Claire Perry said: “The rolling stock operated by individual train operators is a detailed operational matter for them.

“They must decide what rolling stock is deployed on particular routes and services. Govia Thameslink Railway, the operator of the Thameslink, Southern and Great Northern franchise into which Southern services merge on 26 July 2015, has included no plans to replace this fleet on the West Coastway.”

Ms Perry also said Southern was only aware of two customer complaints about the lack of loos – although a simple Twitter search throws up many more (full disclosure – including one from the author of this story).

She said: “We are aware of two complaints from Southern’s customers, and two letters from honourable members, about the lack of toilet facilities on Class 313 trains that run services between Hove and West Coastway stations since their introduction in 2010.”

A Southern spokesperson said: “Our Class 313 trains are generally used on local stopping services where the average journey for the vast majority of passengers is less than half an hour.