1) That the Seagulls are now just six places behind Chelsea in league standings. In 1998 the difference was 87 places. The way things are going the Albion could miss the Blues altogether if the Seagulls are promoted and Jose Mourinho’s men are relegated. Can’t happen? Think Blackburn Rovers.

2) The remembrance weekend minute’s silence was impeccably observed before kick off. However, spontaneous applause rang out around the Amex after the Last Post was played and before the Reveille, drawing criticism from some quarters.

3) MK Dons have Wimbeldon’s pedigree. This was essentially the club that joined the Football League  in 1977 in place of Workington. And won the FA Cup in 1988. Some see it as franchise football, taking an established club from one area to another without going through the usual pyramid process of promotion through the various leagues. AFC Wimbeldon did just this after being formed in 2002. Judging by a few banners at the Amex yesterday (Saturday 7 November), many  traditionalists do not like MK’s lofty status and hope the Football League and FA do not allow such a process again.

4) MK Dons had a big and largely unnoticed ex-Albion contingent on their bench. Ex-players Richie Barker, a hero for Albion but one who never played for the club in Brighton and Hove, is now assistant to Carl Robinson. Keith Andrews, who was on loan at the Amex during Oscar Garcia’s reign, is head coach. And Dean Bowditch, who also played at Albion on loan in the Withdean years in 2006 and 2008, both times under Dean Wilkins.

5) Chris Hughton selected his raincoat at around 3.20pm after braving the swirling conditions for almost 20 minutes. His assistant Colin Calderwood donned a baseball cap which appeared to give rise to some amusement on the bench. 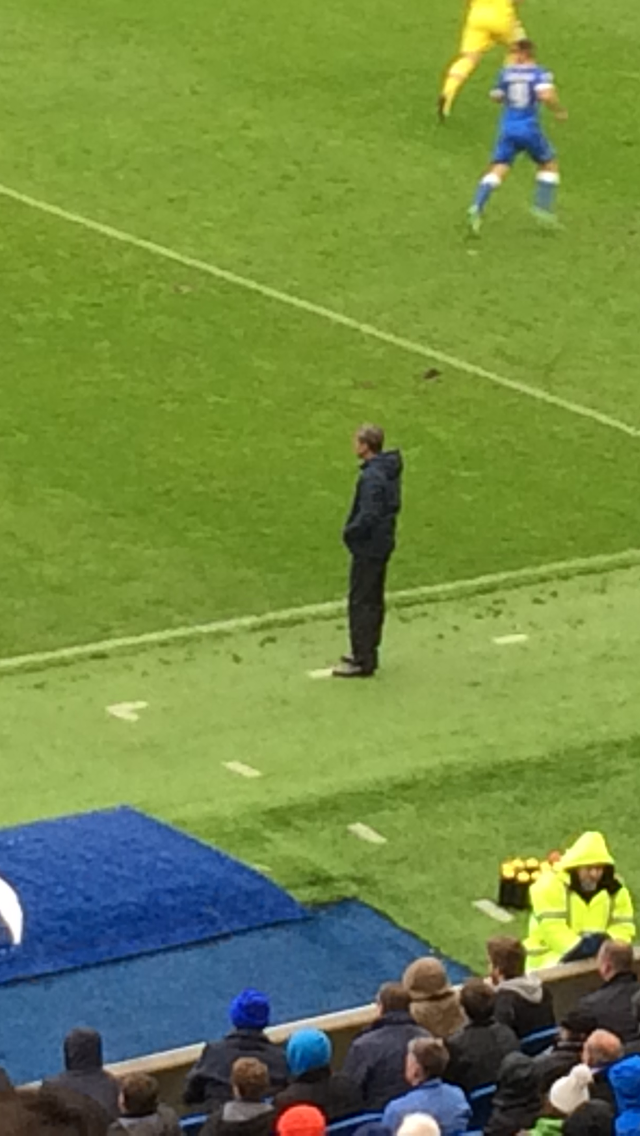 6) MK Dons boss Carl Robinson waited patiently on the touch line for referee Dean Whitestone at the final whistle, eventually deciding to walk out to meet the official near the centre circle … no doubt he bid him a pleasant remainder of his weekend. 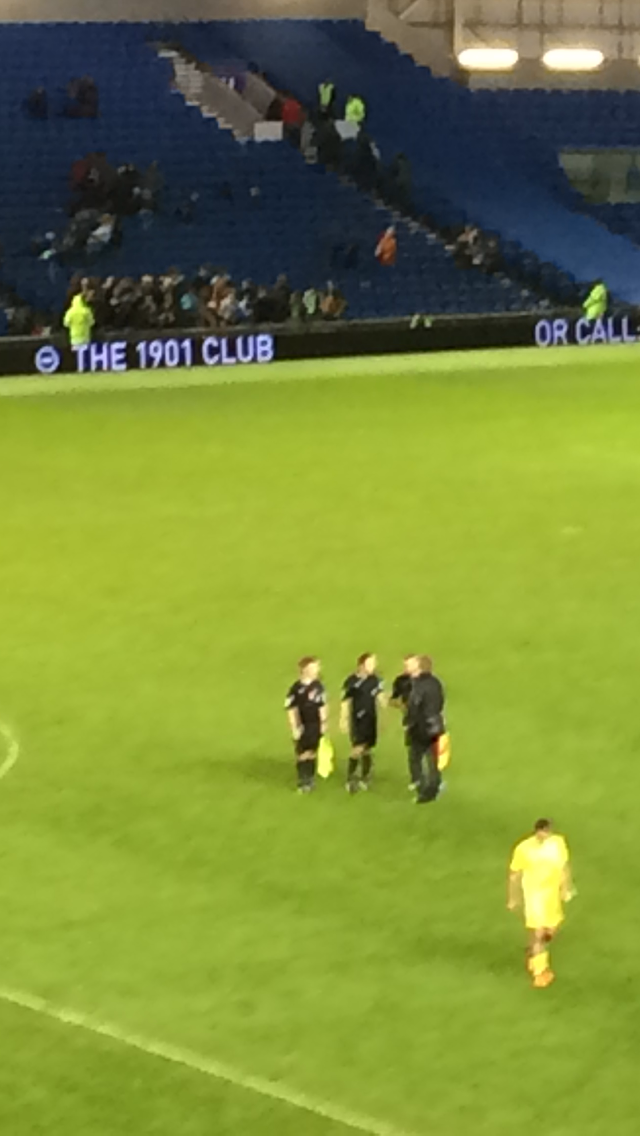 7) Albion keeper David Stockdale wore an all red kit. The slightly superstitious Stockdale made routine saves and commanded his area well. Perhaps the change of kit was to change the Seagulls’ recent luck and run of draws. Or his usual home green outfit clashed with the Dons yellow. A bit like their own keeper did.

8) Albion beat an 85-year-old record by achieving a run of 17 league games without defeat. The most notable consecutive run record set since 1930 is the record 13 consecutive losses suffered by Albion. Most recently in 2002.