Three drug smugglers from Brighton and Hove have been jailed for their part in importing cocaine and cannabis with an estimated street value of £700,000.

One of them, David Fox, 65, of Stanley Avenue, Portslade, used his job as a baggage handler at Gatwick Airport to try to bring in drugs from abroad. 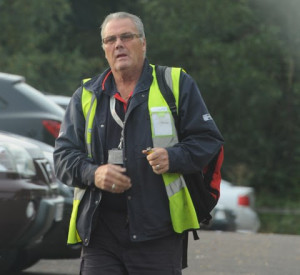 Fox worked with Stephen Chambers, 45, of Warmdene Road, Patcham, to try to smuggle 4kg of cocaine in through Gatwick in a rucksack. The estimated street value was more than £500,000.

He used his access to the transfer shed area at Gatwick to remove drugs from suitcases and smuggle them out among his own belongings.

He also removed baggage labels from innocent people’s luggage and put the labels on luggage that contained drugs.

When the rucksack containing the 4kg of cocaine was sent to a different part of the airport, rather than the transfer shed, Fox was unable to retrieve it. The haul was seized by Border Force officers.

Fox had gone in to work on his day off in the hope of retrieving the drugs. Phone evidence showed that he and Chambers had spoken the night before.

And incriminating baggage labels were found at Fox’s home and in a container which was being rented by Chambers in Lancing.

Chambers was also jailed for a separate offence in January 2013 when he arranged for 46kg cannabis to be imported, hidden in a container of fruit from Ghana.

He was aided by David Rowe, 53, of Overcliff Road, Lewisham, who called on his contacts in Ghana to help.

The men were under surveillance by the National Crime Agency (NCA) when the drugs, with a potential street value of almost £200,000, were intercepted by Border Force officers. They were in a container at Tilbury Docks, Essex.

The container was released to Chambers, who was unaware that the drugs had been seized. He had arranged for it to be delivered to Circus Street, Brighton, a few weeks later.

NCA officers then watched Chambers and another man, Gordon Wilkie, 40, of St. George’s Place, Brighton, unload the container. They chucked the fruit away at the side of the road – outside the old fruit and veg market – when they eventually realised it was empty of drugs.

Fox was jailed for four years at Kingston Crown Court. He had already been jailed for ten years for trying to smuggle 12kg of cocaine in through Gatwick in May 2013 and a further 5kg in June 2013. The sentences are consecutive, making 14 years in total.

Brendan Foreman, the NCA’s regional head of investigations, said: “These men thought they could operate under the law enforcement radar and profit from their criminal activities. Like many before them, they were wrong.

“One of them cynically abused his trusted position as an airport worker to import large amounts of class A drugs.

“The NCA will continue to work with Border Force and other partners to help strengthen the border and to stop illegal drugs getting into the UK. Those who choose the criminal route will be prosecuted to the full extent of the law.”

Border Force central region assistant director Mark Kennedy said: “Border Force officers are on the frontline in the fight against drug traffickers at both ports and airports.

“We will continue to work alongside the police and National Crime Agency to disrupt the activities of criminals and put them before the courts.”