The man in charge of the Red Cross team during the Shoreham air show disaster has been recognised in the New Year’s Honours List. 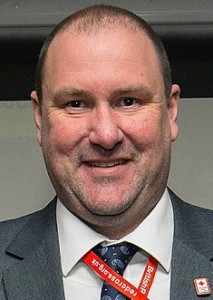 He told the Red Cross website after the crash in August: “As soon as the plane came down we immediately sent our emergency teams to the scene.

“Working with emergency services, we treated around 15 people for injuries and set up a treatment centre.

“We had a lot of people with psychological and emotional issues. People were quite traumatised by what they had just seen. A lot of people just wanted someone to talk to.

“They wanted to discuss what they had seen. It was horrendous. So we tried to reassure them and keep them calm.

“Our volunteers are fully trained for such an incident, but you never expect it to happen. We had plans in place and we did what we needed to do.”

He added: “We did everything we needed to do. All the volunteers did a fantastic job.

“Part of our role is to deal with major incidents. We were there. We did the job. That’s what the Red Cross is here for.”

Eleven men died in the crash. An inquest into their deaths has been opened and adjourned.