Brighton taxi driver released – but still under threat of deportation

A Brighton student detained by the Home Office for working as a taxi driver in his spare time has been released from detention – but still faces deportation. 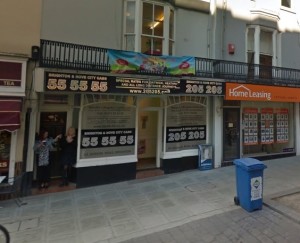 Civil engineering masters student Shukaib, 23, was seized by immigration officials on Saturday at the City Cabs office in Queens Road, because although his visa allows him to work part time, it did not allow him to do so on a self-employed basis.

Shukaib says he was not aware of this technicality, and had assumed that as he had passed the rigorous checks, including immigration checks, carried out by Brighton and Hove City Council when gaining his license, he was allowed to work.

All of City Cabs 250 other drivers were also checked on Saturday, but Shukaib was the only driver seized, and the cab company was told it had done nothing wrong.

His caseworker Ray Rayan said: “He was released, but the Home Office still want him to leave and he hasn’t been given permission to complete his Masters.”