The proposal to move Hove Library into the same building as Hove Museum was agreed tonight at a meeting of Brighton and Hove City Council (Thursday 24 March).

A number of councillors expressed reservations about the costings, loss of space and the lack of a detailed business plan.

A more detailed business plan is likely to be put before senior councillors when the council’s Policy and Resources Committee meets on Thursday 28 April.

Labour said that the Carnegie building – the purpose-built home of the library – needed expensive urgent repairs costing at least £750,000. And the sale of the building could bring in £1 million.

The museum building, in Brooker Hall, in New Church Road, would be extended and the space would be shared and, as a result, better used.

The Greens opposed the closure, with their group leader Councillor Phélim Mac Cafferty presenting a petition of more than 4,500 signatures at the start of the meeting at Brighton Town Hall.

While some Conservatives opposed the proposal, some spelt out their reservations but abstained when asked to vote on the council’s Library Plan in its entirety.

Council leader Councillor Warren Morgan and Councillor Alan Robins had warned that the cost of keeping Hove Library in its current Church Road home would be the closure of community libraries. And Councillor Robins described the Carnegie building as inflexible and outdated.

Councillor Morgan said: “Last year 106 public libraries closed, with a further 260 static libraries under threat of closure or being handed to volunteers. “There are currently 3,917 libraries in the UK, down from 4,482 in 2009-10.

“Many more libraries have been handed to the private sector or have seen their hours and staffing reduced. CIPFA (the Chartered Institute of Public Finance and Accountancy) have calculated that at least 463 service points have been lost in the past six years.

“Libraries across the country are under assault from reduced funding, from an age of e-books and the internet, from changes in the way people learn and use their time.

“However, libraries still have a key role to play in our society and in our communities, with Brighton and Hove having an above average number of library users.

“We believe they have a central part to play in making our neighbourhoods stronger, in bringing our communities together and in making our city a better place to live.

“As journalist Walter Cronkite once said: ‘Whatever the cost of our libraries, the price is cheap compared to that of an ignorant nation.’

“Libraries are also one of the few public spaces where people can go and interact for free. Libraries can address ignorance and isolation, promote better health and digital inclusion, can provide a base for a wide range of services, a source for a greater range of information and a home for an expanded programme of community activities.

“We fought the closure of the mobile library under the Greens and we will stand up against the closure of at least seven of our local branch libraries which the failure to move Hove Library, advocated by the Greens, would guarantee.

“A Department of Culture, Media and Sport report published today urges the ‘exploration of opportunities for co-location and/or shared services with a range of partners and services.

“‘This will help to provide more joined up services for citizens while also offering opportunities to share costs and/or make efficiencies.’

“Once again we in this city are ahead of the game. Under this administration we will no longer see services withdrawn and hours reduced as we did under the last.

“We will not stand by while the private sector steps in and takes over the profitable while the remainder decline.

“This Libraries Plan sets out a bold future for our libraries, owned and run by the council at a time when cuts are forcing many councils to close or privatise public libraries.

“Here in Brighton and Hove we are keeping the city’s libraries in public hands, open for longer and we are putting them at the heart of our communities.

“We are trying to make the most efficient use of the resources we have, to offer a financially sustainable service that costs the taxpayer less to run, a service closer to the community it serves and fit or purpose in a modern context, not the Edwardian age.”

Councillor Morgan added that he understood the concerns of local members who wished to represent their ward residents.

But, he said, the move was widely supported in consultations and was the right strategy – both bold and responsible. 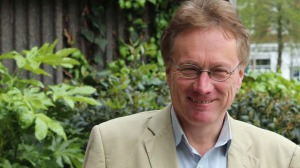 Councillor Robert Nemeth said: “Dedicated library space in Hove will be reduced by some 59 per cent if this plan goes ahead.

“Dedicated museum space, such as that recently used for a very popular Star Wars exhibition, is to be reduced by approximately 50 per cent.

“There will be shared areas, it is true, but these were double-counted in the plan, which is in fact how the totally untrue 15 per cent reduction figure arises.

“There is much questionable data in the plan. Another example is the library consultation feedback figures.

“The consultation bears so little relation to the real world that I can only imagine what techniques were employed to get responses.

“A huge thank you to Councillor Mac Cafferty and of course former councillor Hawtree for providing a more realistic measure of public sentiment in the form of a petition with over 4,500 signatures.

“I would also thoroughly question the repair figures – £845,000 with the fees – to carry out repairs over the next five years is just not credible.

“Maintenance projects should be staggered, friends groups set up and a café installed. That’s how we get a better library for Hove at lower cost.

“On the subject of the building itself, there is no approved business case in place for its disposal.

“A strength of the building is of course its purpose-built construction. But the features that make it so good as a library don’t necessarily translate well to conversion.

“Dereliction following a lack of interest from buyers would add insult to injury as would the inevitable runaway construction costs of the museum extension.

“Finally there’s the general principle of closing Hove Library. When people say ‘Hove Library’, they don’t solely mean the building that was donated by Andrew Carnegie, though that is an important part of it.

“It has to move with the time, of course, but it should be primarily about reading. And it should be centrally located so that anybody, of all backgrounds, can use it easily.

“The reason that the Save Hove Library argument resounds so well with the public is that we already have such an institution. The residents of Hove don’t want to lose it.

“You can put whatever sign you want above an extension behind the museum. You can put a few books in it. But the facility will never be worthy of being called Hove Library.”