Traders in the new West Arches have slammed plans to replace two-year-old paving with new, slightly lighter bricks to match a new seafront square, saying it will damage their businesses and the money could be better spent elsewhere. 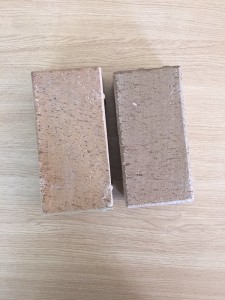 Brighton and Hove City Council met with business owners this morning to discuss the plans, which they were told last month would involve access to their units being suspended for three weeks, and hoardings placed right in front of them for up to four months.

The existing bricks have been deemed not suitable as the supplier cannot supply enough to cover the rest of the new seafront square around the i360, the first area of the seafront to be renovated using money repaid from the loan to the i360 which the council brokered.

After a social media storm broke out on Twitter, the council issued a statement denying it was planning to close the arches, saying it was due to come back with different options in three weeks’ time.

But traders continue to question the need to change the existing bricks at all, saying the money could be better spent on other seafront improvements such as the Madeira Terraces.

Finn Hopson, who runs Brighton Photography, said: “We had another meeting this morning to discuss the plans in more detail.

“None of us can figure out how there’s a justification to spend that money on that when the council is so short of money.

“It should change the plan and not do this and give us a fighting chance of surviving through the winter. It’s been tough enough behind the building site, but to exist in a corridor for three months?

“We had had two years of solid work to build the i360. We’ll have one half decent summer, and then be hidden behind hoardings.

“The bricks don’t quite match, but you don’t want to close our businesses because of this?”

At this morning’s meeting, the council said it was looking at either doing the work in September, or after the Christmas period.

A council spokesman said this afternoon: “We’re expecting to tell traders that we have arrived at a solution that will allow the businesses to remain open at all times.

“We have not said businesses in the new seafront arches will have to close for a month to replace brickwork. We have discussed the following issue with traders and told them we will come back with options in three weeks.

“There is a strip of block paving a few metres wide outside the new arches which was laid a couple of years ago when the arches re-opened.  These blocks are no longer made.

“We are now designing the landscaping on either side of the i360 and trying to work out what should be done about the fact that any new blocks will not match the old ones in colour or size.

“We are anxious to avoid damaging the appearance of the arches scheme, having spent such time and effort on a beautiful, award-winning restoration.

“Money for landscaping will ultimately come from our share of ticket sales from the i360.  The council has resolved that this source of funding will be set aside for investing in the seafront, helping enhance the area for residents and visitors.  This in turn brings more business and revenue for traders.

“Money from i360 ticket sales reserved for the seafront therefore cannot be diverted to other services such as libraries, as comments on social media suggest.”