A third man has been arrested on suspicion of murder after a 23-year-old man from Hove died after a fight in the street in Brighton yesterday (Sunday 10 April).

The victim, Georgi Yaschuk, 23, of Cambridge Road, Hove, was hit by a Tesco delivery lorry outside the Temple Bar pub in Western Road, Brighton, in the early hours of yesterday morning.

The driver is regarded by detectives as a witness to a murder. 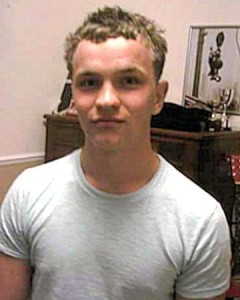 This afternoon (Monday 11 April) Sussex Police said that a 28-year-old man was being held.

The force said: “Police have made a third arrest after a man was hit by a lorry and died following a fight in Western Road, Brighton, in the early hours of Sunday.

“Officers launched a murder inquiry after emergency services were called to Western Road near the junction of Temple Street at 2.40am.

“The victim, a 23-year-old man from Brighton, was found lying in the road. He was sadly dead at the scene.

“A 28-year-old man of no fixed address was arrested on suspicion of murder on Monday (11 April). He is in custody.

“Two men aged 27 and 24 from Hove who were arrested on suspicion of murder on Sunday (10 April) have now been released on bail until (Thursday) 2 June.” 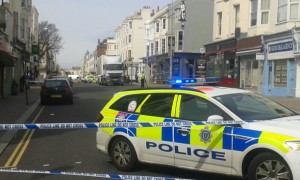 Detective Chief Inspector Tanya Jones, from the Surrey and Sussex Major Crime Team, said: “We are trying to build up a picture of the events which led to this man’s death.

“We are still appealing for witnesses, particularly anyone who saw what happened before the fight.”

Anyone with information is asked to phone Sussex Police on 101 or email 101@sussex.pnn.police.uk quoting Operation Longthorpe.

Meanwhile Mr Yaschuk’s family have paid tribute to him, saying: “Georgi was a clever and kind-hearted cheeky chappie. He was always happy and enjoyed playing basketball on the beach in the summer.

“We are all shocked and saddened by the tragic news and ask as a family that we are left alone to grieve in peace.” 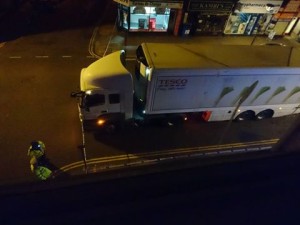