Albion romped to their most emphatic win of the season as they thrashed Fulham by five goals to nil, with Tomer Hemed scoring a hat-trick. 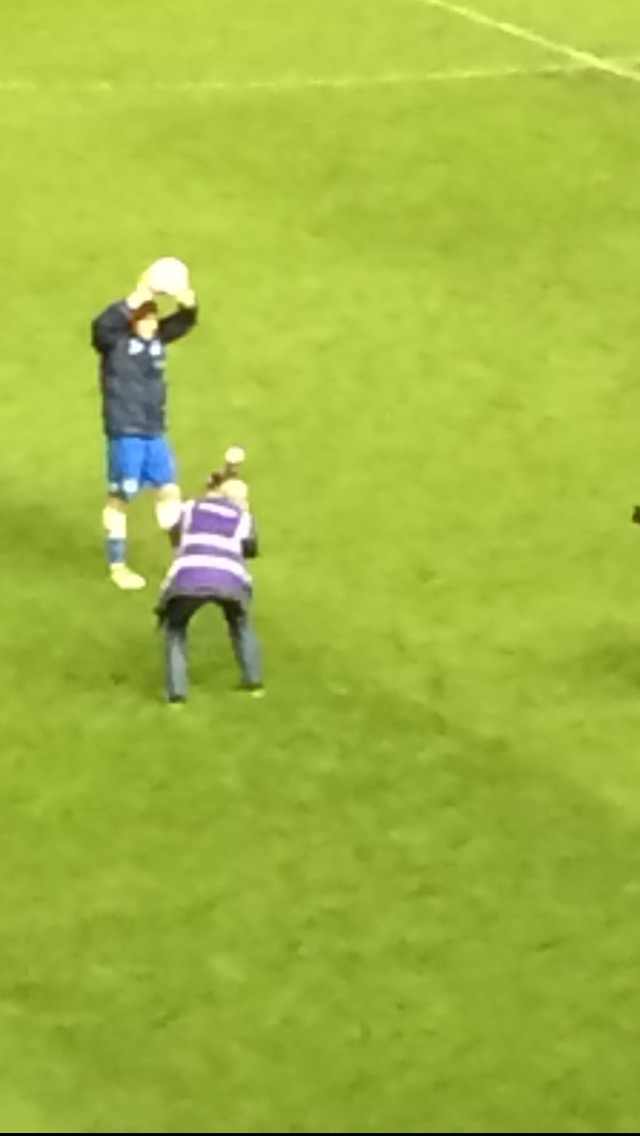 Thing could have been so very different as the Seagulls were unable to get hold of the ball in the opening exchanges.

Moussa Dembele and Ross McCormack posed a real threat to the Albion as the Cottagers moved the ball around fluently.

Scott Parker and Jamie O’Hara were winning the initial midfield battle with Beram Kayal and Dale Stephens. But Fulham couldn’t capitalise on it as they took the game to Albion.

James Wilson, who doesn’t tackle much or track back but is supurb with the ball at his feet, picked his way through the Fulham defence and was pushed over by Richard Stearman. Hemed coolly dispatched the penalty to Marcus Bettinelli’s left.

Not long after, Anthony  Knockaert whipped in a free kick and Hemed rose highest to send a looping header over Bettinelli’s outstretched hand to double Albion’s lead.

Albion were now in the asendency, Wilson again charging at the defence only to see his shot palmed wide by Bettinelli.

Jiri Skalak whipped in a cross that saw Lewis Dunk head goalwards and Conner Goldson just beaten to it by Bettinelli.

Fulham looked shell-shocked at half time, with Slavisa Jokanovic looking crestfallen on the touchline.

Albion showed their ferocious appetite for success as the second half started, with every player prepared to fight for and take possession of the ball.

McCormack found some space for Fulham but fired well over from the edge of the area.

Albion fans didn’t have to wait long for more exhilaration. A brilliant Skalak corner fell to Bruno Saltor in the six-yard box. The veteran defender had time to control the ball with his knee before blasting it home to give the Seagulls an unassailable lead.

Skalak is pinpoint with his accuracy. It’s really second to none. He is, perhaps, the find of the season.

Fulham weren’t quite done yet, Lasse Vigen Christensen firing a shot which Stockdale saved well, then almost batted away as the ball spun back towards him.

As Albion continued to push forward, Knockaert kept firing crosses in. One rebounded to Dunk and his shot was diverted home by Hemed for his hat-trick. It was his first for the club and the first at the Amex since Leo Ulloa in 2013 – only the second ever at the stadium.

At 4-0 Albion still weren’t satisfied. Dunk even went on a mazy run down the wing which eventually came to nothing.

And Liam Rosenior, with an exquisite pass with the outside of his foot, sent substitute Kazenga LuaLua away. Steve Sidwell, also on as a sub, saw his half volley cleared off the line by Stearman after a Kayal knockdown, with Bettinelli beaten all ends up.

Sidwell looked desperate to score at the Amex but the final goal went to Knockaert, the Frenchman weaving his way into the box and curling a brilliant shot into the bottom corner to put Albion 5-0 in front. 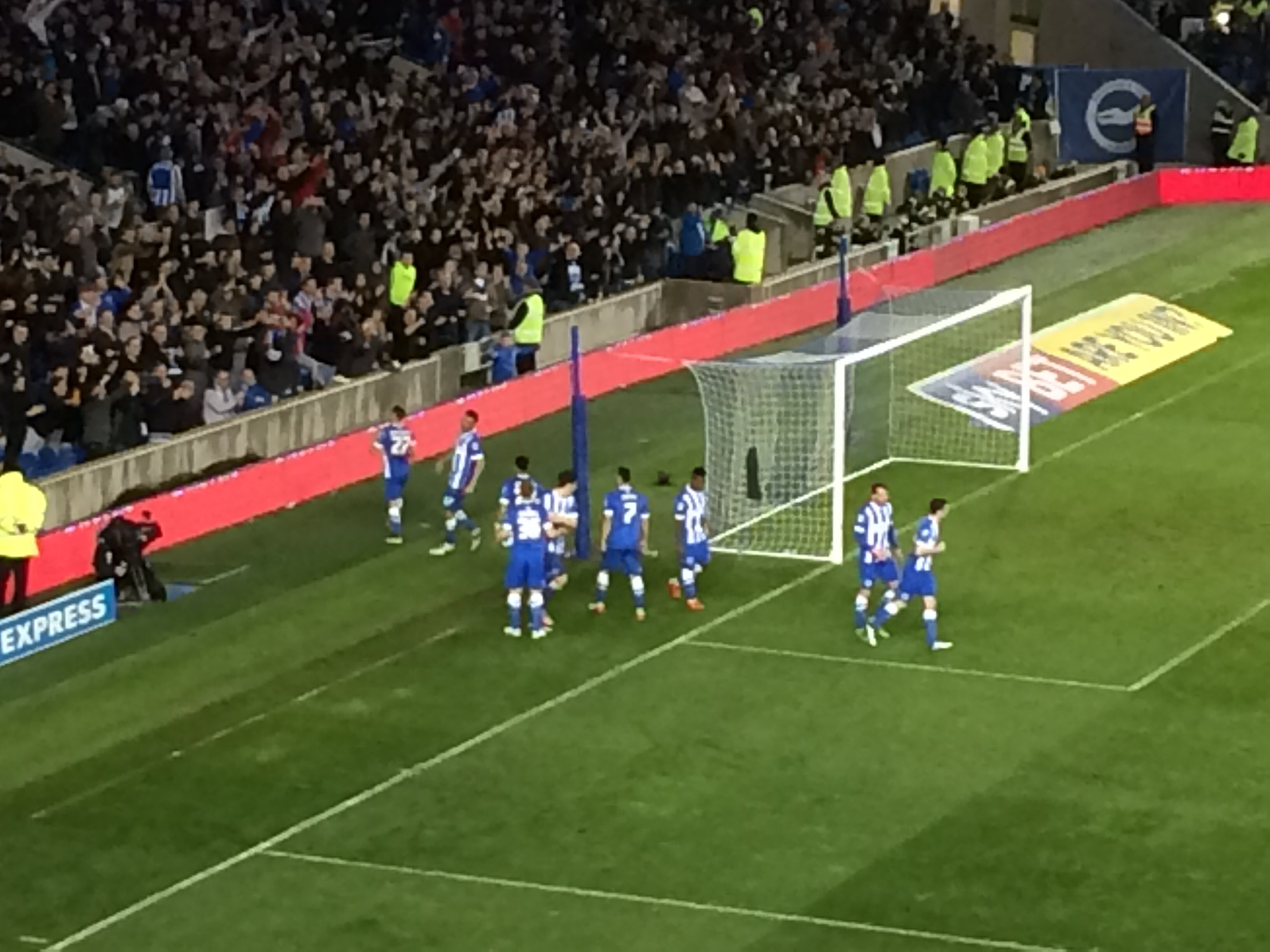 Albion move back to second. But Burnley will reclaim that spot if they avoid defeat at Birmingham tomorrow (Saturday 16 April). Middlesbrough play at Bolton earlier on the same day.

Albion take on QPR at the Amex on Tuesday (19 April) when Burnley and Boro face each other.