A train company boss has hit back at the RMT union after it announced the dates of three 24-hour strikes which will affect people and services from Brighton and Hove.

Dyan Crowther, the chief operating officer at Govia Thameslink Railway (GTR), called the strike “completely unnecessary” and urged the RMT to return to the negotiating table.

She spoke after the union said that train conductors would strike for 24 hours from 11am on Tuesday 26 April, Tuesday 10 May and Thursday 12 May.

The union said that it had called the strike, with a big majority among members in a ballot, “over the wholesale introduction of driver-only operation that threatens jobs, conditions and public safety”.

Dyan Crowther said: “This strike is completely unnecessary. No staff will lose their jobs or see a reduction in their salary while passengers will benefit from having more visible staff on trains. 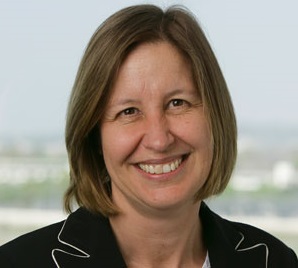 “Drivers have operated the doors on many trains for 25 years and already do so on 60 per cent of our services. This is a proven, tried and tested way of operating rail services.

“Now that strike times and dates have been announced, we are working to finalise contingency plans for our services on strike days but must warn passengers that disruption is likely to be significant.

“Finally, rather than making passengers suffer through a strike, we urge the RMT to return to the negotiating table and discuss the changes we are seeking to make.”

GTR said that on its newest trains it wanted to “evolve the conductor role to offer a more visible service to a greater number of customers, travel on more parts of the network, deliver high-quality customer service, and also check tickets”.

The company said: “This new role will not operate the doors of the train, a responsibility which will transfer to the driver, aided by modern CCTV offering them a clear view of every door on the train.

“GTR provides over 3,000 services per day and 60 per cent of these already run without conductors operating the doors and have done on parts of the railway for the past 25 years.

“Thameslink and Great Northern have no conductors and just under half of the Southern services currently operate in a similar manner. 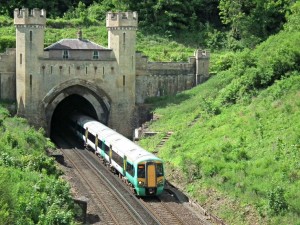 “GTR are therefore proposing to extend a safe and proven operating model to the new fleet of trains. With the planned changes, as many trains will run with staff on board as they do now.

“If necessary, when disruption on the network prevents a member of onboard staff from joining a train, GTR would still be able to run that service which means fewer delays and faster service recovery.

“We have attempted to engage with the RMT to discuss and consult on the evolution of the conductor role but they are refusing to sit down and talk to us.

“GTR has guaranteed employees there will be no compulsory job losses nor any loss of salary.

“Unfortunately, because the unions do not want to enter into meaningful discussions with us, we are being forced down the road of having to follow a process where we may have to give people notice on their existing contracts and offer a contract for the onboard supervisor role, although about 190 conductors will continue to be employed.

“This is purely a legal obligation that has been placed on us in these circumstances. There will be no compulsory job losses nor any loss of salary.”