A Brighton man has gone to prison over offences involving indecent images of children. 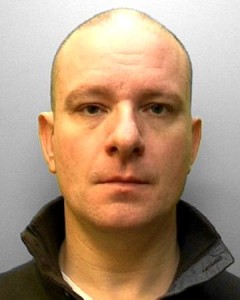 Antony Smith, 45, currently unemployed, of Montpelier Road, Brighton, was sentenced to two and a half years imprisonment when he appeared on court bail at Lewes Crown Court on Friday (22 April), having previously pleaded guilty to three offences of making a total of 249 indecent images of children, and of distributing an indecent image of a child.

He will also be a Registered Sex Offender for life, and was given a Sexual Harm Prevention Order (SHPO) for ten years severely restricting his access to children and computers.

The prosecution followed an intelligence-led investigation by the Sussex Police Paedophile On-Line Investigation Team (POLIT) who arrested Smith at his home on 19 March 2015. A laptop, other computer related equipment and a mobile phone were seized. He was released on police bail later that day after being interviewed.

None of the images are believed to be of local children.

Detective Sergeant Wendy Vodrey of the Sussex Police POLIT said; “Smith had also been chatting on-line to other offenders about the sexual abuse of very young children. One of the offenders he had chatted with has since been convicted and sentenced, last year, as part of an National Crime Agency (NCA) investigation into a group of men who were sexually abusing very young children and video streaming this for other people to watch.

“Although Smith was not involved in the abuse of children himself, he in effect contributed to their abuse by chatting with abusers and by downloading and distributing images of abuse of very young children.”

An NSPCC spokesperson said: “These are essentially images of crime scenes. Children have suffered horrific abuse so these images can be created. Viewing and distributing them creates a market for these images and means more vulnerable children will experience abuse at the hands of others to meet demand.

“To tackle stop this vile trade, we need a solution that cuts this material off at the source. It is no guarantee these images will ever be wiped from the web and the child victims are re-victimised with every click.”