A father left unemployed after battling with health issues has collected more than 2,500 bulldog themed antiques which he hopes to sell to pay for his daughter’s university tuition. 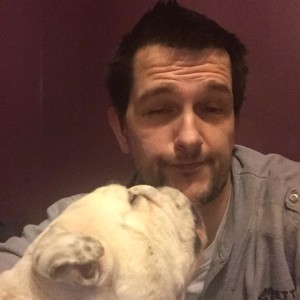 Eiffion Ashdown, 38, from Queens Park in Brighton was diagnosed with obsessive-compulsive disorder eight years ago, which meant he could no longer work as a plasterer, leaving him unable to provide for his daughter’s future.

But undeterred, he researched collecting to occupy himself and soon began focusing on English bulldog antiques because they offered a good investment.

Mr Ashdown said: “I suffer from mental health problems so I spend a lot of time at home. Boredom basically has driven me to the knowledge I have now. Collecting these pieces, I’ve sort of overdone it a bit, but it’s become something really positive.”

The collection has not been independently valued but Mr Ashdown believes it is worth more than £40,000. He has spent £10,000 pounds on pieces in the eight years he’s been collecting.

He said: “I want to make it so my antique bulldog collection is worthy of auction one day. This is so that my daughter can go to university once leaving college and study to live whatever dreams she wants as her vocation in life.

“It’s been a privilege to have created all this for her and I hope it keeps me out of a care home in years to come.”

Works depicting English bulldogs are in demand in the international antiques market and can fetch thousands of pounds at auction depending on the collector and the piece.

He said: “Like most collectors I was quite naïve to begin with so I started collecting everything bulldog, if it had a bulldog I bought it not thinking about whether or not it had value and when I started researching bulldogs I started becoming more choosey about the pieces I collected.” 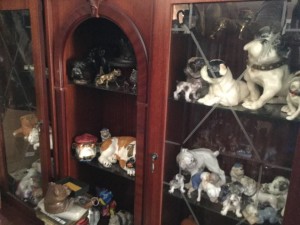 His partner Debbie Ashdown works at Carlton Hill Primary School and the couple can afford to put a small amount of money towards pieces, but he relies on swapping pieces and making connections online to grow the collection.

He said: “When I first started I met a fella on Ebay and he bought a load of high end bulldog items and kept most of the pieces for himself, but he sold the rest to me, letting me pay him a certain amount a month for them – that’s how I managed to get a third of the collection.”

Ms Ashdown,38, said: “The pieces take up half of the space in our flat, but it’s great what he’s achieved and the important thing is I’ve still got a front room.”

Bulldogs have also become the family’s chosen pet and their current English bulldog a rescue called Wiggles Delilah is the honourary CEO of the Collectibulldogs’ website. 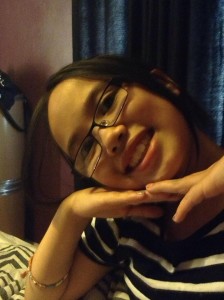 Their daughter Chloe-Mai Ashdown, 14, is currently looking at university courses and hopes to study journalism when she graduates from college.

She said: “He works really hard looking for certain pieces and even knows lots about the brands of them. Our living room is split in half with one side for all his bulldogs and cabinets and the other for watching TV. I’m very proud of my dad.”

In August 2015 Mr Ashdown created the website Collectibulldogs.com to showcase the growing collection and use it to inspire others suffering from mental health problems to follow their passions and dreams.

He said: “I found the bulldog community through social media – Facebook, Linkedin, Instagram, Flickr – the lot, and because I don’t sell and make money from the site I need a way of finding viewers to come and have a look.

“I’ve found managing the site a great distraction and a great way to meet new people.”
Despite the collection’s growing success and value Mr Ashdown’s most prized pieces are those his daughter has made for him.

He said: “I’m quite biased actually my best pieces are the ones my daughter made me. When she was at school she made a bulldog piece and that’s my favourite.”