Brighton scientist to crack the whip on BBC television show

A Brighton scientist is to crack the whip on the BBC television programme The One Show this evening (Tuesday 31 May).

The Brighton University academic, Guillaume de Sercey, will show what a sonic boom from a whip crack looks like.

Dr de Sercey, a research fellow at the university’s Advanced Engineering Centre, will use the same imaging techniques – Schlieren imaging – that he and his team use in their research into the combustion process occurring inside the cylinder of an engine.

He said: “Schlieren imaging lets us visualise the fuel evaporation, its mixing with the air and the subsequent flame.” 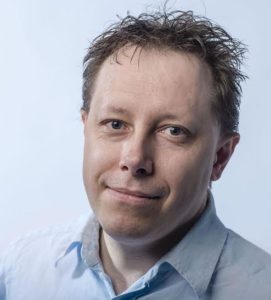 Dr de Sercey used the technique to help the programme’s science presenter Marty Jopson “see” the shockwave that emanates from the tip of a whip when it is cracked.

He said: “The Schlieren technique allows us to see any change in the refractive index in transparent fluids such as air and water.

“Changes in refractive index are typically caused by a change in temperature or pressure or simply a change of fluid (eg, two different gases mixing).

“The set up I’ve used for the BBC is extremely simple, yet works wonderfully.”

The item is scheduled to be aired at 7pm today.