Bishop ordains deacons to serve in Brighton and Hove churches

Four deacons have been ordained who will serve in churches in Brighton and Hove over the coming year.

They were among 15 men and women to be ordained as deacons in a service at Chichester Cathedral on Saturday (25 June).

The ordination service was conducted by the Bishop of Chichester Martin Warner as family, friends and parishioners joined the congregation. 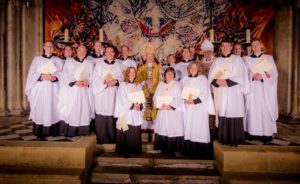 Deacons assist priests in parishes, usually for a year, before going on to be ordained as priest. They help to lead worship and offer pastoral care while gaining experience of preaching.

Bishop Martin said: “We are praying for each of them and I know that each of the communities in which they will serve will warmly welcome them and their families at the start of their public ministries.”

In his sermon Bishop Martin quoted a ballad from a 15th century manuscript in the British Library, adding “Perhaps, like me, you need to get out more.”

Through the ballad and the mystery plays of the era, he said, “the ordained clergy promoted a popular version of worship that did more than entertain”.

“It related the invisible God to the visible workings of creation,” the bishop said. “It brought to England the story of the birth of Jesus Christ in a foreign land.

“The task of being an ordained clerk, then as now, is simply to open up for everyone the mystery of the Holy Scriptures, the life of God, so that we see our daily lives as having the astonishing capacity to reveal the extraordinary majesty, goodness and glory of God. 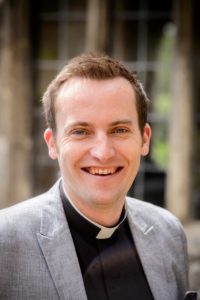 “These 15 candidates for ordination as deacon today become 21st century clerks, standing in a great tradition.”

Their task, he said, was to find in the books of the Bible “the mystery of God and to communicate it in whatever way arrests the attention of this generation, prompting a thirst for deeper faith or for new faith”.

Bishop Martin said: “Some of you might be tempted to think, looking at our splendid candidates, that we have vested them this afternoon for life that’s bang up to date for the 15th century but not quite geared for cutting it in the 21st.

“Well, I think there’s more to it than that. Christianity works on a wider stage and bigger time-frame. As the 15th century ballad indicated, we were using the apple as a brand, long before Steve Jobs was born.

“We’ve been dealing in writing on tablets since Moses and the 10 Commandments – and the contemporary fashion for writing with your finger goes back at least to our story about Daniel and Belshazzar’s Feast, to say nothing of Jesus doing something similar, according to St John’s gospel. 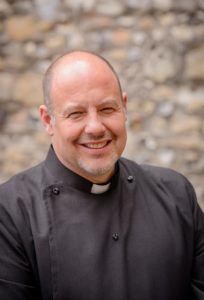 “What’s interesting is that Apple (the company) is now trying to patent the way we use our fingers to turn the pages on a tablet.

“They filed in 2007 to patent the scrolling and pinch-to-zoom finger movements but were unsuccessful. Perhaps God got there first.

“And these 15 clerks in the making need to take note of that fact because they are tasked with inspiring the people of the 21st century to turn the pages of the Word of God.

“The deacon is specifically the agent who announces the gospel in the assembly of worship. But the challenge to them, and to all clerics, is how to open that gospel and all the books of the Bible to those who have never seen or read them.

“How do we place at the fingertips of this generation the data of God? And indeed what is the data?

“This data describes the call of Jesus Christ to each of us. It’s time. Turn your life around. Believe good news. 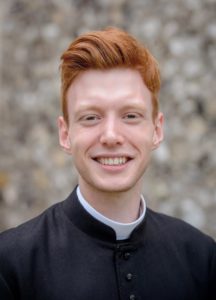 “As a nation, we now face the challenge of emerging from a period of political campaign that has so often blurred our focus, pitched us against each other and sought to fill our minds with fear.

“There is as yet no clear sense of good news for everyone that has yet emerged from these past weeks.

“How urgent, then, is the need for putting at our fingertips the pages of the Word of God that have consistently inspired in human hearts the recovery of hope in a common future, of respect one for another, dignity for the disadvantaged, the joy in being alive. 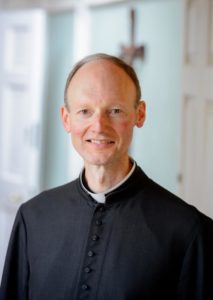 “But turning the pages of the Word of God is not the only task of the deacon.

“Deacons are agents of the Word of God and of the drama of God. They are clerks ordained to live this out in worship and daily life.”

• Last month Ben Sear was “priested”, having served his curacy in Patcham over the past year.