Brighton Pavilion’s Green MP Caroline Lucas has said Jeremy Corbyn has failed to make a convincing case for one of the causes he most believes in as the Labour Party splits yet again, this time over Trident renewal. 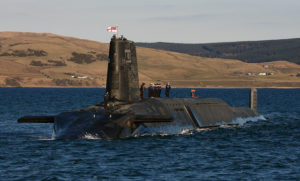 The debate, on a decision which has already been made, has been called by the Tories in what Ms Thornberry and Mr Lewis say is an attempt to highlight divisions in the Labour Party.

Now, Green MP Ms Lucas, who as chair of Parliamentary CND will be voting against, says those divisions show that Mr Corbyn’s leadership is lacking.

She said today: “Labour’s position on Trident is as disappointing as it is confusing. For the first time in recent years we have a leader of the Labour Party who is against Trident renewal – yet he hasn’t even persuaded his own Shadow Cabinet to vote against spending billions of pounds on this cold war relic.

“Real leadership means making a convincing case for the causes you believe in and we just haven’t seen that on this issues from those at the top of Labour.

“This is a defining moment for our country, and those abstaining on this vote are, in effect, standing aside while Britain commits to being a nuclear weapons state for generations to come.

“I would urge MPs to vote against Trident today. These weapons are a cold war relic that do nothing to keep us safe, and divert resources away from where they’re really needed.”