The NHS trust that runs Brighton’s main hospital is in crisis as it prepares to receive a critical report from the Care Quality Commission (CQC).

More turmoil at the top of the trust is expected as bosses also grapple with a worrying financial deficit while the £485 million modernisation of the Royal Sussex adds to the challenges.

Some inside the trust fear that the third chief executive in nine months may be about to leave – under duress and as a scapegoat for the failings of her previous trust.

She came to the Brighton trust (BSUH) with a reputation for having turned round poorly performing trusts in her previous posts.

And some colleagues believe that she had started to get to grips with some of the intractable problems that have adversely affected the patient experience and financial performance of the Brighton trust.

The CQC arrived in her first week in charge of BSUH, which runs the Royal Sussex County Hospital, the Royal Alexandra Children’s Hospital and the Sussex Eye Hospital among others.

Ten weeks later – as work on the CQC report continued – the official watchdog served the trust with a warning notice. Also known as a section 29a notice, they are issued when “significant improved is required”.

BSUH said: “The notice requires the trust to make significant improvements to the quality and safety of care and privacy and dignity of both inpatient and outpatients in a number of key areas.

“It also highlights a failure to provide treatment and care that is in line with national timescales and standards.”

When the CQC publishes its full report – it is due out on Wednesday (17 August) – the inspectors’ verdict is not expected to make happy reading. The trust will almost certainly be rated inadequate and placed in special measures.

On Friday (12 August) the CQC published a report on Dr Fairfield’s previous trust. Pennine Acute Hospitals was rated inadequate, along with its leadership.

Some in the NHS want Dr Fairfield to accept responsibility for the trust’s failings and resign – or face being recalled from her secondment to Brighton and be suspended or sacked.

It would suit those currently heading her former trust although one NHS insider described the prospect as “a ritual sacrifice – and a pointless one at that”.

Although Dr Fairfield spent two years at the Pennine trust, the CQC report appears to be positive about her performance and the changes that she was trying to bring about. And there are some similarities with the challenges in Brighton. 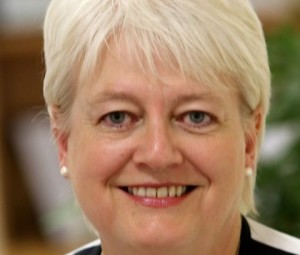 The CQC said: “Following the appointment of the CEO (chief executive officer, Dr Fairfield) in April 2014 there had been significant changes to the executive team with the team only completed just prior to the inspection.

“The secondment of the CEO to manage another trust was announced during the inspection and the chair’s tenure also came to an end at the time of the inspection.

“Staff were very positive about the visibility and responsiveness of the former chief executive (recently seconded) and the chief nurse.

“Staff felt that they both listened to concerns and took action to address them where possible. Staff stated that historically this had not always been the case and that in the past the raising of concerns was not encouraged.

“Staff told us that historically the culture in the trust had been quite closed and the raising of concerns and ideas was not supported or encouraged.

“Staff felt that the culture had (until recently) focused on financial matters and operational delivery rather than service quality.

“Since 2014 the trust had been working on developing and encouraging a more open and inclusive culture where staff raise issues and concerns without blame.

“In many services including community services we found that there was a positive culture emerging where staff felt well supported by their managers and colleagues and were positive about service changes and improvements.

“Staff reported being better heard and valued by the organisation and were positive about the new ways of staff engagement.” 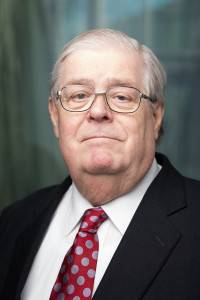 In Brighton significant issues do not always appear to have reached the boardroom. A recent report on long waiting times for treatment for digestive diseases, for example, made no mention of a key issue affecting the department’s performance – a long-running race relations dispute affecting its senior surgeons.

The CQC chairman David Prior – also known as Lord Prior and now Health Minister – came to the Royal Sussex to discuss the issue of racism two years ago.

But there remain concerns that the board has not given adequate leadership in this sensitive area or even addressed the matter in its meetings in public despite at least one member raising the issue.

The trust’s financial position has also worsened. At the last board meeting held in public the year-to-date deficit was £11 million.

However, his forecast is for a year-end deficit of £15.6 million. Consultants from McKinsey’s have been brought in to help the trust try to make the necessary savings to achieve this.

They are looking to cut £48 million from the £550 million revenue budget. This is expected to mean fewer staff as pay is a big part of the hospital’s running costs.

At the same stage last year the trust was in a better position – a year-to-date deficit of £7.5 million – and was confident of sticking to an “agreed” year-end deficit of £19 million. The optimism was misplaced and it ran up a deficit of more than twice that sum. 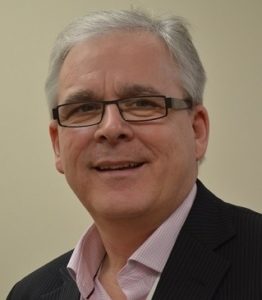 Former deputy chief executive Michael Wilson – now running another trust – is leading the work on a Sustainability and Transformation Plan for Sussex and East Surrey. Mr Wilson insisted that it was not just about cuts but about working across a wider area for the benefit of patients.

BSUH is far from being the only trust grappling with a financial deficit. Last week the board met in private at the American Express Community Stadium, with the financial challenges among the items up for discussion.

The CQC criticised directors at Dr Fairfield’s previous trust – the Pennine Acute Hospitals – for not being sufficiently challenging.

The board at Brighton has recently lost two of its most effective and challenging non-executive directors – Christine Farnish and Farine Clarke.

And the long experience of chairman Julian Lee and chief nurse Sherree Fagge have also been lost. He has retired, with no permanent replacement yet, and she has moved to another NHS organisation, NHS Improvement.

The former chief executive Matthew Kershaw left at Christmas, moving to a Kent trust closer to his home and family and where he worked previously.

The boardroom changes have increased the difficulty in dealing consistently with problems like the waiting times in the Accident and Emergency (A&E) Department.

It has been described by one medic as “like a war zone”. The CQC has flagged up problems there before. Patient safety and dignity are among the concerns. But in many respects it is a symptom of other problems, including issues outside the hospital.

It affects ambulance handover times too, with paramedics tied up outside A&E rather than heading off to deal with other 999 calls.

The ambulance trust – the South East Coast Ambulance Service (Secamb) – has also received a section 29a warning related to its own shortcomings.

And the Brighton and Hove Clinical Commissioning Group – the local CCG or health commissioners’ organisation – was graded inadequate by the CQC less than a month ago.

The CQC previously said that the Royal Sussex required improvement, when it reported two years ago.

Inspectors will have assessed the effectiveness of the board during the visit in the spring and looked at the culture within the trust.

But it remains to be seen whether they will have worked out why, for example, the rate of missed appointments is so high – well over a thousand a month – costing millions of pounds a year.

Some are down to patients but by no means all – and, despite the cost, it is another significant matter that doesn’t appear to have made it on to the agenda of the board meetings in public.

Are the consultants always available when needed? Certainly in A&E they put in the hours – 24 hours a day and seven days a week.

The patient “flow” through the hospital – not always as good as it should be – has prompted questions about whether the same can be said for other areas.

Some patients – when they have the clinical and financial luxury of having the choice – have been going private with consultants who also work at the Royal Sussex. What monitoring takes place?

With the hospital in crisis, and the chief executive’s future in doubt, it remains to be seen who will put things right.

But whoever it is will have the symptoms set out in the CQC report as a starting point. He or she will need incredible determination to drive through the changes necessary to match the incredible investment – almost half a billion pounds – in the fabric of the Royal Sussex.

With hospital buildings finally set to be fit for the 21st century, the management and medical leadership will need to provide a service to patients about which the same can be said.