A Brighton woman has been sentenced by a judge for taking part in the Black Lives Matter protest at City Airport.

Esme Waldron, 23, of Walmer Crescent, Brighton, was one of nine protesters who all pleaded guilty to aggravated trespass by disrupting a person engaged in a lawful activity.

All nine were given a conditional discharge by District Judge Elizabeth Roscoe at Westminster Magistrates’ Court yesterday (Wednesday 14 September).

Miss Waldron, a Sussex University graduate and documentary film maker, was given a conditional discharge for 18 months and told to pay £95 towards the cost of bringing the case.

She and the other eight defendants occupied the runway at the east London airport at about 5.30am on Tuesday 6 September, having crossed the River Thames in a raft before breaching airport security while wearing wetsuits. 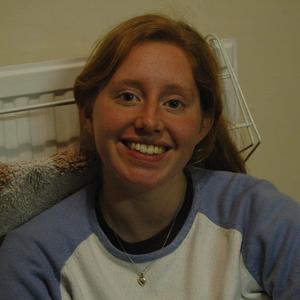 The judge said that it was a peaceful but disruptive protest and that she did not doubt the strength and sincerity of their beliefs, particularly in relation to climate change.

She also said that she struggled to see the link between their protest and Black Lives Matter which started in America over police shootings of black people.

The court was told that climate change and the environmental damage caused by air travel adversely affected black people.

It was also told that the airport had a negative effect on the local community which was made up mostly of people who were black or from an ethnic minority and it benefited mostly white business passengers.

More than 130 flights were affected along with about 9,000 passengers over six hours before police were able to arrest the nine protesters. 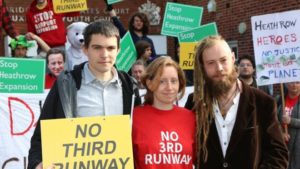 In April Miss Waldron was fined £200 at Uxbridge Magistrates’ Court for her involvement in a protest at Heathrow.

She pleaded guilty to wilful obstruction of a public highway along with fellow Sussex graduate Alistair Cannell, also known as Allie, and another colleague from the Plane Stupid protest group, William Pettifer.