Hove MP Peter Kyle shared details of some harrowing domestic violence cases during a debate in the House of Commons this afternoon (Wednesday 15 September).

The Labour spoke during a debate about the experiences of domestic abuse victims in family law courts.

Mr Kyle cited the case of a woman killed by her abusive partner and how her relatives’ pain was exacerbated by the family court.

He told the Commons: “The trauma meted out by the family court process is simply inhuman.”

Mr Kyle said: “I must admit, with some shame, that I came to realise the true brutal horror of domestic violence only relatively recently, when I became a Member of Parliament.

“Shortly after the election last year, I was in my office sifting through the rubble of my campaign, when a woman walked in and asked if I was her new Member of Parliament.

“When I said yes, she told me that she had just fled her partner after suffering the latest in a long series of very brutal attacks.

“She sat, bruised and shaking, and said that she was ready to move on but that she needed help. She did not trust the police, so she had turned to me. 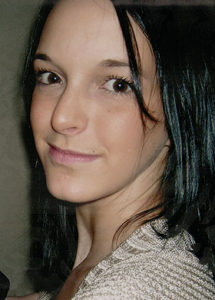 “That was my first experience of someone turning to me for help as an MP and it was the first time I had sat down with a survivor of domestic abuse.

“Since that time, I have got to know many women who have survived violent relationships and I have tried my best to be the best advocate I can for them.

“It is through meeting and listening to survivors that I first came to understand how our family courts are being used to perpetuate abuse against extremely vulnerable women.

“Eighteen months ago I did not know that a convicted criminal could represent himself and cross-examine the victims of his crimes over and over again by using the family courts.

“How could I get to this age and not know that? Why is it that so few people I talk to have the faintest idea this is going on daily in the British legal system?

“One constituent I am in regular contact with has been cross-examined by her former partner on three separate occasions.

“The man who beat her, broke her bones, battered her unconscious and hospitalised her – and who was convicted for his crimes – still has the right to summon his victim to court for a spurious custody hearing.

“He will never win the case but that is not the point. He is victorious the second he steps into the courtroom because in that instant he gets exactly what he wants which is to continue to inflict violence and abuse on a woman who has already suffered more than most of us could ever imagine.

“Another constituent told me that she was shaking so violently after a family court hearing that she had to be assisted to the taxi. Soon after leaving, the taxi had to stop to allow her to open a door and vomit.

“Those of us who have not experienced it cannot comprehend the fear that survivors suffer. It is all-encompassing and ever present.

“The prospect of seeing the man who reigned with such terror causes paralysis. The faintest possibility that the abuser could get access to personal details – addresses, bank account numbers or even medical records – is overwhelming.

“What is most grotesque is that abusers know this. They know that the family courts can be used to torment their victims and in some cases they do so with unrelenting brutality.

“When one listens to survivors describing their experiences of being summonsed, approaching the hearing date, being cross-examined by their abuser and dealing with the aftermath, one simple truth is inescapable: the language and vocabulary with which they describe their family court experience is identical to how they describe the violence they experienced in the relationship they bravely escaped.

“It should shock everyone that the family courts are being used in a way that inflicts, not ends, violence against women.

“Worst of all, from the abuser’s perspective, it works. One constituent told me last month that she was dropping harassment charges because there was a good chance that her abuser would gain access to her mental health files because he had chosen to represent himself.

“She could not bear the thought of him reading, and being gratified by, such intimate and personal information. 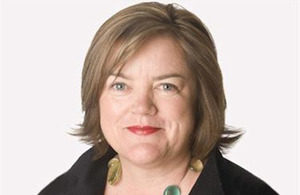 “Another told me that she simply could not face another cross-examination by her convicted abuser. She had been medicated in order to endure her last experience and the recovery from it took weeks.

“She told me that if he tried again, she would capitulate and give him whatever he demanded simply to avoid the experience.

“She said: ‘I simply do not have it in me to survive another cross examination.’

“If there is one example that sums up the sheer horror of abuse and its continuation in the family court, it is that of Jane Clough.

“Jane was in an abusive and violent relationship until she finally took action and went to the police.

“Her ex-partner, Jonathan Vass, appeared in court charged with nine counts of rape, one of sexual assault and three counts of common assault.

“Some of this had taken place while Jane was heavily pregnant with his child. Inexplicably, Judge Simon Newell decided that Vass was not a threat and freed him on bail.

“Jane lived in so much fear that she moved in with her parents for comfort and protection. 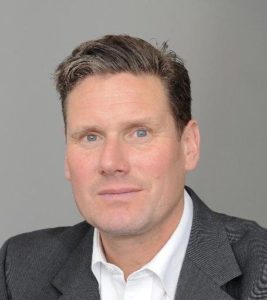 “Vass eventually found out where Jane was working and, in July 2010, he attacked her as she headed home from work.

“He stabbed her 19 times and then slashed her throat – wounds from which she died.

“The next day he was arrested approaching Jane’s parents’ home. He was on his way to murder either his baby child or Jane’s parents or both.

“I have had the honour of talking to Jane’s parents and sister. They are a family whose grace and dignity shine above the horror they have endured.

“However, there is more to this terrible episode and they are desperate for people to hear about it and learn from it.

“Once in prison, Vass began demanding parental rights over his child. This was the child whose mother he had beaten and murdered and the child he would, in all likelihood, have murdered if only he had had the opportunity.

“None of us can imagine the pain this caused Jane’s family but it gets worse still.

“Jane’s sister began adoption proceedings in order to break the link with Vass. From that moment onwards, the family experienced a legal system that was stacked in his favour, rather than the baby he had tried to kill. 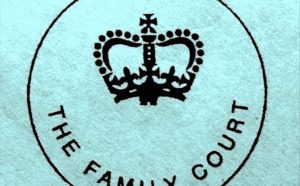 “Without access to financial support or legal aid, the family had to find separate representation for the baby and the rest of the family.

“Had a legal firm not donated pro bono representation, they would have had to sell their house to cover the costs.

“A five-day hearing was scheduled in the family court and the family were informed that Vass had exercised his right to self-representation.

“The man who had brutally murdered their sister and daughter would be cross-examining them.

“Jane’s sister told me that she simply cannot find the words to do justice to the brutalising effect this had on her as the court date approached.

“On the day of the hearing they were informed that he would be appearing by video link but they were stunned to discover that this was because of concerns for his safety and had nothing at all to do with the wellbeing of the family.

“As Jane’s sister told me: ‘It was so shocking. It was all about him – what was best for him, how best to protect his rights. Nothing was balanced against our rights.’

“During the cross-examination, Vass asked personal questions of the family members. He asked Jane’s sister, in reference to the baby: ‘What will you tell her about me?’

“He asked her husband: ‘What makes you think you can be a dad to my daughter?’ 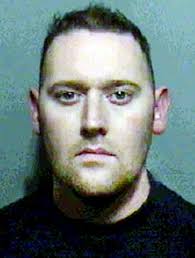 “The trauma meted out by the family court process is simply inhuman. This family had suffered enough.

“The family have asked me to pass on their thanks to two advocates who have made a difference to them during and since these terrible events.

“The first is Dame Louise Casey who, as Victims Commissioner, learnt from their experiences and took steps towards greater recognition for victims in the family court.

“The second is my honourable and learned friend, the Member for Holborn and St Pancras (Keir Starmer), who joins us here today.

“As director of public prosecutions, he got to know the family well and they speak in the highest possible terms of him and his advocacy for them.

“Progress has been made but it has been glacial. We have not seen the transformation that is desperately needed. The abuse and brutalisation of women and families is being perpetuated via our legal system.

“To abusers, the family court is simply another tool through which to extend their hate, their violence and their control of extremely vulnerable women – exactly the kind of people the state exists to protect.

“Every day that these practices are allowed to continue, shame is heaped on our system of justice, on this House and on our government because we have the power to stop this happening – and yet it continues.”