Southern has hit back at the RMT union after it announced a series of five strikes over the next three months.

The strike by train guards or conductors – over 14 days – centres on proposals by Southern to change their role.

On new trains guards will no longer be needed to shut the doors. The trains will rely on driver-only operation (DOO) and the guards will become onboard supervisers.

It will mean that trains can run without a second member of staff rather than be cancelled as at present.

The unions have raised concerns around issues such as safety and accessibility for people who need help on and off trains. Although no jobs are at risk as the changes are made, RMT members fear that this could change later.

Angie Doll, service director at Southern’s owner Govia Thameslink Railway (GTR), said: “The RMT’s desire to heap yet further travel misery on the public and affect the everyday lives of so many people is shameful. 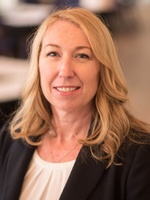 “A comprehensive and fair offer has been on the table for weeks and the union leadership’s claims about jobs, pay and safety are trumped-up make-believe.

“This scaremongering by the RMT union is a contrived attempt to gain public support when it knows its spurious arguments about jobs, pay, accessibility and safety have been demolished by independent experts and analysis and are falling on deaf ears.

“As a responsible operator, our priority is to make our services more accessible, not less, and we will not be shaken in that commitment.

“We care deeply about those of our customers who are less mobile and help thousands of elderly and disabled customers week-in week-out to travel with us.

“We will do everything we can to ensure those needing help getting on and off our trains receive our care and attention to get them where they want to be, promptly and hassle-free.

“We’ve always said we are ready, willing and able to sit down and discuss how best we implement our modernisation plans and give our customers the services they expect and deserve.

“The RMT has to stop being the problem and get on board – finally – and be part of the solution.

“Everyone is sick and tired of the union’s posturing and it has to stop – and stop now. It’s what the public want.”