Brighton Station’s pub has been forced to close after the number of customers it attracted more than halved during the recent industrial action. 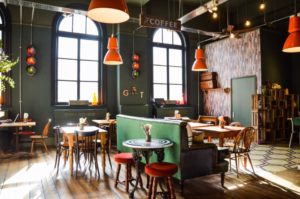 The Cyclist Refreshment Rooms was one of a clutch of new shops and eateries to open when the station was refurbished in the summer of 2014.

But after a promising start, the ongoing chaos on strike-hit Southern services has led to trade plummeting to such an extent it cannot stay open

Owner and investor Rupert Clevely said: “We are sad to go but unfortunately the strikes and inconsistency of passengers and the train network has forced us to close because of a massive reduction in customers.”

The pub’s 11 staff, half full time and half part time, were given the news on Thursday, and the pub closed its doors for the last time on Saturday.

The Cyclist is not the first business at the station to close as a result of the strikes. The Oatopia porridge van also shut up shop just before Christmas, also citing the reduction in trade due to the strike as a factor.

A spokesman for Southern said: “We were disappointed to hear the news, last week, that The Cyclist at Brighton has decided to close and will be sad to see them go. The industrial action has been hard on everyone, including station traders. There are ongoing discussions between our agents and the pub owners which are yet to be concluded.”