Woman who threatened to mutilate and kill horses jailed

A woman who threatened to mutilate horses in Shoreham has been jailed for 15 months after she admitted a charge of blackmail. 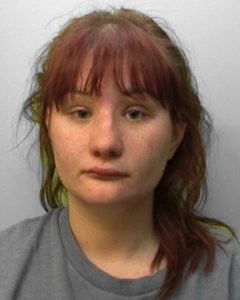 Kirsty Geoghegan, 25, appeared at Chichester Crown Court for sentencing on Friday (10 February) after pleading guilty to blackmail at a previous hearing on 24 November. She was also given a 12-month supervision order for after her release.

The court heard that Geoghegan threatened to harm the horses at Buddies Yard, Steyning Road, under the Shoreham Flyover in January last year shortly after the owners found five horses with their manes and tails cut off. They launched an online appeal for information and offered a reward after reporting the attack to police.

The following day, the owners started receiving the threatening messages from Geoghegan on Facebook. She said she would mutilate and kill the horses unless she was given £5,000.

Geoghegan had a horse stabled at the yard but had left after an argument with the owners.

She was arrested after police traced her using the IP address of the computer she had used to send the messages.

Judge Christopher Parker QC accepted there was no evidence Geoghegan had been involved in the initial attack but she had been motivated by spite and greed.

He said the messages had started the day after the five horses had been attacked, seriously aggravating the concerns of the owners.

Detective Constable Beccy Hopkins said: “Geoghegan did initially deny blackmail when she was interviewed by officers and made up a story. However she later admitted this was untrue and she had sent the threatening messages. This frightened and distressed the owners.

“Her actions have now ended up with her serving time in prison.”