A Brighton man is being hunted by Sussex Police after he failed to answer police bail.

The force asked for the public’s help in finding Lee Wright, 23, of Bolney Road, Moulsecoomb.

In a statement issued yesterday (Friday 7 April) Sussex Police said: “Police are looking for Brighton man Lee Anthony Wright who is wanted for failing to report back on police bail.

“Wright, 23, was arrested on suspicion of causing serious injury by dangerous driving, driving while disqualified, failing to stop, drink driving, drug driving and possession of drugs in Brighton in December 2016.

“He was released on bail until February pending further inquiries but failed to report back. 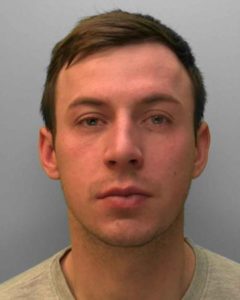 “He is white, 6ft, of slight build with brown hair and has links to the Brighton area.

“Do not approach Wright if you see him. Call 999. If you have any information about his whereabouts, email police on 101@sussex.pnn.police.uk.”