A Sussex University politics student hopes to be selected by Labour to take on Green MP Caroline Lucas in Brighton Pavilion at the general election in June.

And if Solomon Curtis, 20, is picked by his party, it won’t be his first attempt at winning a seat in the House of Commons.

Mr Curtis, who lives in Moulsecoomb, stood in Wealden at the 2015 general election. He came third, having gained votes and vote share compared with 2010 against the national swing in a safe Conservative constituency.

Mr Curtis said: “It is my intention to stand in Brighton Pavilion.

“There has been some speculation, mostly from people in the Green Party. Caroline Lucas relies heavily on the student vote. 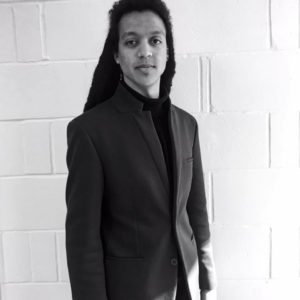 “Brighton Pavilion is one of the seats we have the best chance of gaining.

“I’m looking to do whatever I can for the Labour Party and obviously if that means standing in Pavilion, that’s something I would relish doing.”

Mr Curtis joined Purna Sen, Labour’s candidate at the 2015 general election, on the campaign trail two years ago and even stood in for her in a hustings debate with Britain’s only Green MP.

He said that he voted for Jeremy Corbyn to be leader but enjoyed good relations across the board, adding: “We’re one Labour Party.”

Anyone who thought they may have seen him in blue earlier this week shouldn’t worry that he’s reaching out too far politically. He’s also a big Brighton and Hove Albion fan.
He said: “I’m a huge Brighton fan who was very proud to see them promoted on Monday.”

His own push for a “premier league” place in politics will depend on a panel made up of members of the party’s National Executive Committee (NEC) and regional board members. He should hear next week.