Brighton Kemptown has turned red with Labour candidate Lloyd Russell-Moyle taking the seat from Conservative Simon Kirby with a huge majority of almost 10,000.

Peter Kyle has kept Hove, increasing his slim majority to just short of 18,000.

And Caroline Lucas once again increased her majority to about 15,000.

Candidates and campaigners are still  assembled at the Amex Stadium this morning awaiting the results of the general election in Brighton Pavilion.

More follows – see the Twitter feed below for results as they happen. 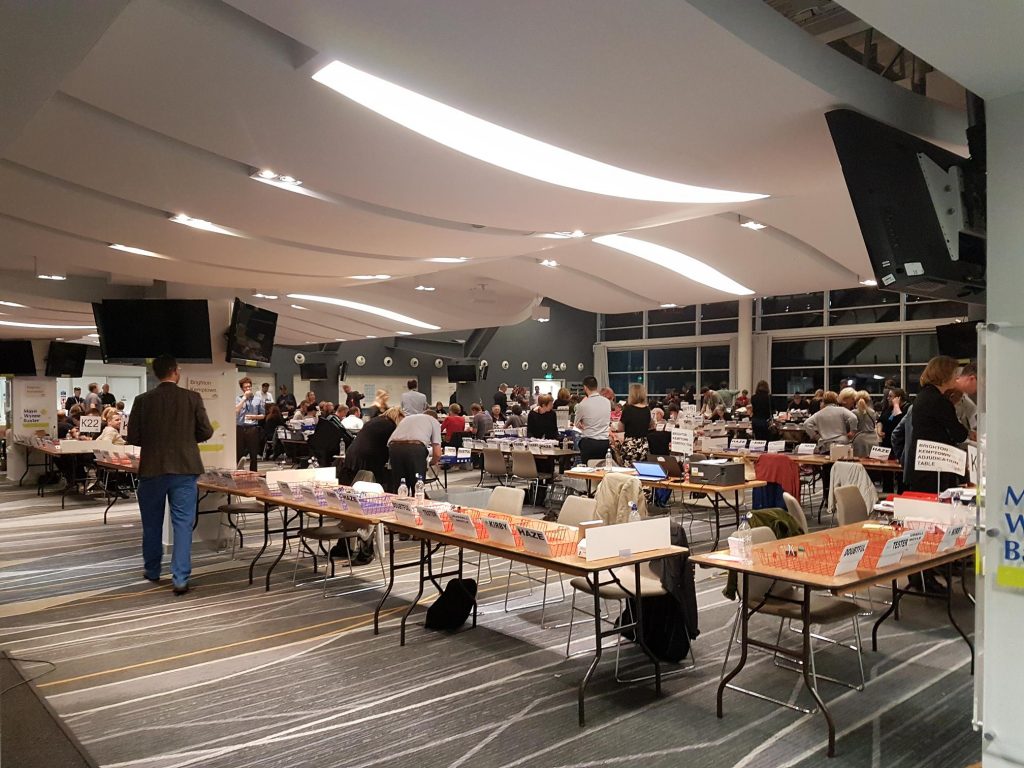 The Greens are said to be nervous about the results in Pavilion, where Caroline Lucas increased her majority two years ago – but Labour sources say they don’t think she has much to be worried about.

The results are now expected to come in earlier than first anticipated, as early as 4.30am.