Street parties are being used as a “back end” way for businesses to bypass licensing when putting on events, councillors heard today. 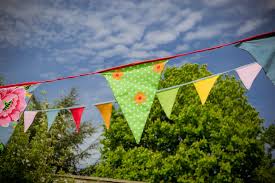 Brunswick and Adelaide ward councillor Ollie Sykes said that he had received several complaints from residents who had not been asked about street parties, and had decided to go away for the weekend and move their cars to avoid trouble.

Ollie Sykes said: “I have had a good number of complaints about the lack of consultation and alcohol going on later than they said they would and problems with cars and parking.

“The parties are business led – these business are part of the local community so that’s not a problem but they do have a commercial basis.

“Street parties work perfectly well in the majority of cases. We are requesting a bit more clarity about the regime for permitting them.”

Committee chair Gill Mitchell said: “We are aware that there are being used as a back end practice for temporary events for commercial events and I’m aware that this is causing problems for residents.”

People wanting to organised a street party in Brighton and Hove currently need to demonstrate to council highways officers that two thirds of residents of a street are in favour of closing it.

Cllr Sykes asked for clarification on the following:

Cllr Mitchell noted his comments and said that she would send him a full briefing on the matter which has already been drawn up.