A number of skeletons have been unearthed by builders working on the renovation of the Brighton Dome complex this week. 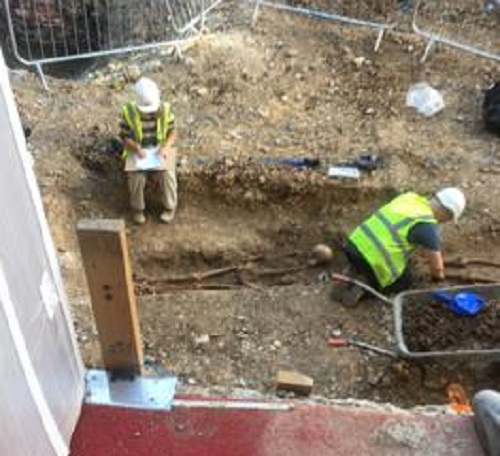 The grisly discovery was made yesterday by workmen from R Durtnell & Sons (RDS) as they worked on the Corn Exchange.

One theory is that the skeletons come from a Quaker burial ground which stood on the site before it was bought by the Prince Regent in 1806 who then built his stables, now the Dome complex, on the land.

A spokeswoman for Brighton Dome said: “Historic human remains, thought to be evidence of a 200-year old Quaker burial site were found yesterday during the renovation work being carried out at Brighton Dome Corn Exchange.

“Archaeology South-East is leading the dig on-site and excavations are being carried out respectfully and sensitively.”

According to the book Brighton in Olden Times: “The meadow land behind the house running northwards was enclosed and thenceforth became known as the Quakers Croft (or field) a square piece however abutting on the Spring Walks (Church Street) being set aside for a burying ground.”

The builders are working on the first phase of the renovation of the Royal Pavilion Estate, which will see the Corn Exchange and studio theatre restored and upgraded.

Work began in March, with the stripping out of the Grade I listed Corn Exchange, which was originally built as the Prince Regent’s riding house, with the Grade 2 listed studio theatre housing the stables and supper room.

The work is due to be completed late next year, with increased seating, a new viewing gallery and previously hidden heritage features revealed at the Corn Exchange, and balcony seating, new bar, a new artists’ creation space and a cafe opening out onto a plaza at street level at the studio theatre. 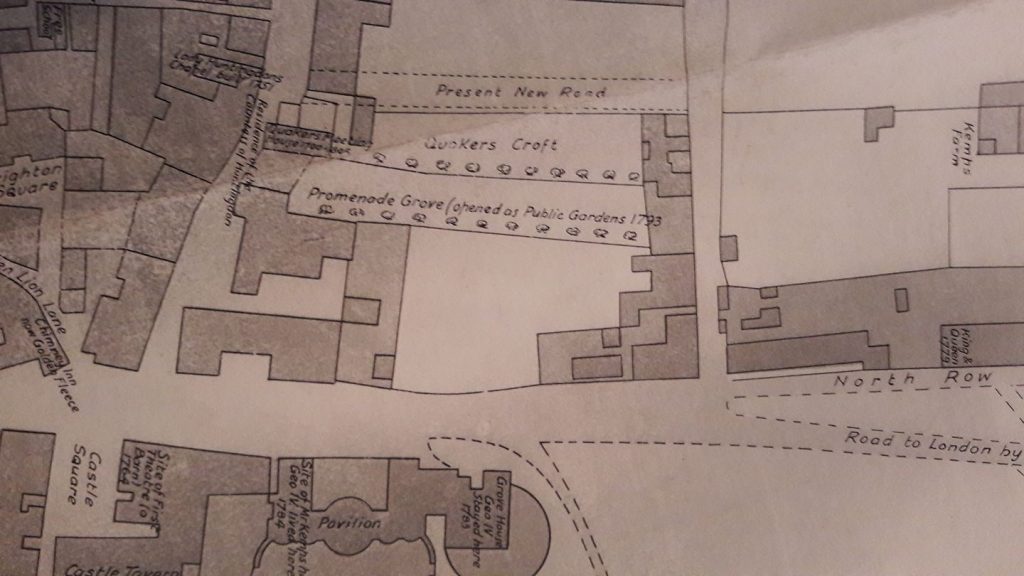 A map of the area which later became the Pavilion Gardens

The Quakers bought the strip of land in 1689 with the purchase of an old malthouse on the north side of North Street, west of today’s Chapel royal.

The Prince offered to buy the land from them in 1806 so he could extend his garden and close the road next to the west of the Pavilion, where passers by could see through his windows.

The Quakers then moved to their current site in Ship Street, where they built the Friends’ Meeting House with a path from the side door leading to Meeting House Lane.

The front garden of the meeting house was then used as a burial ground, and 54 adults and 34 children remain buried there in unmarked graves.