The bikes won’t be here until September – but the first of 50 bike share docking hubs have sprung up along the seafront, with more set to pop up throughout the city centre this summer. 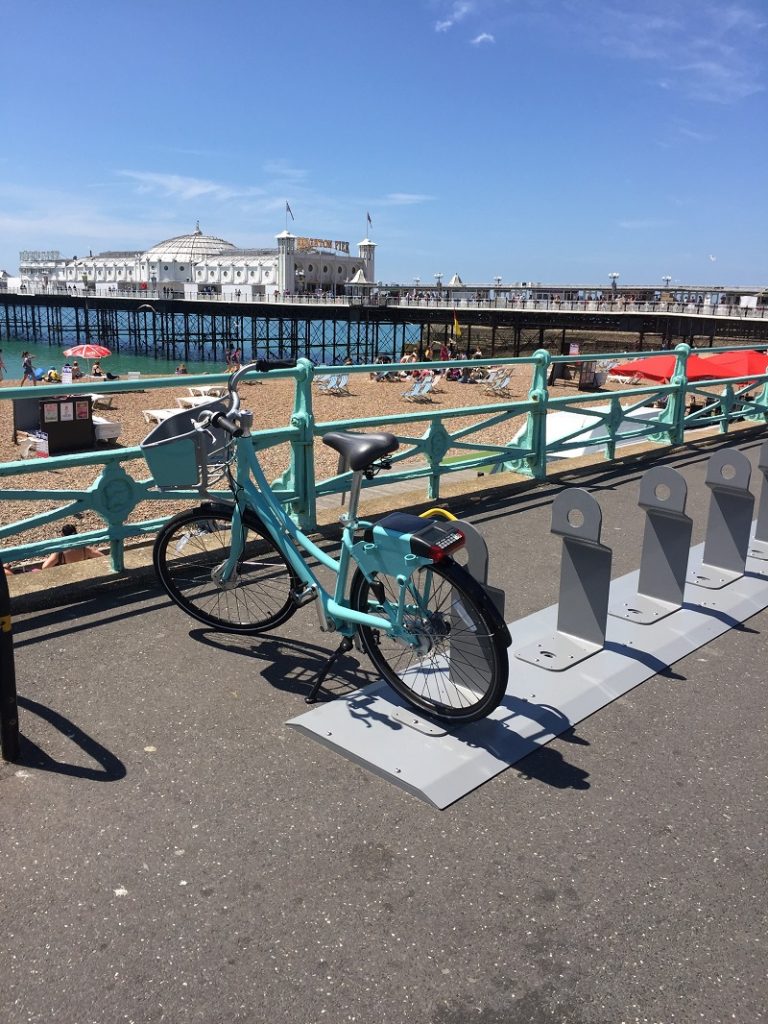 The full list of docking stations hasn’t yet been finalised, but the first 17 have been decided, including both the piers, Preston Park, NewENgland Street, London road, Palmeira Square, Hove Train Station, Sussex County Cricket Club and St Anne’s Well Gardens.

Tim Caswell, owner of Hourbike, the company providing and operating the scheme, said: “As more and more docking stations are unveiled around the city, residents will begin to truly see the scheme taking shape, amplifying the buzz and anticipation.

“We wanted to offer something new to Brighton and Hove, which is why we chose Sobi smart bikes – the first UK city bike scheme to feature this high-tech brand used in New York, Portland and Santa Monica. Now we’re eager to get more local businesses on board and see the bikes come alive.”

This week, the bikes are being installed at these seven locations:

Next week, they will be springing up here: