A long-serving and widely respected head teacher of three Hove schools has died at the age of 96.

Kathleen Corderoy was headmistress of the Nevill County Secondary School from its opening in 1958 until shortly before it merged with two other schools to become Blatchington Mill in 1979.

Miss Corderoy took over at the Hove County Grammar School for Girls shortly before it also merged with two other schools to become the newly created Hove Park School which she ran from 1979 to 1984 when Peter Bratton succeeded her. 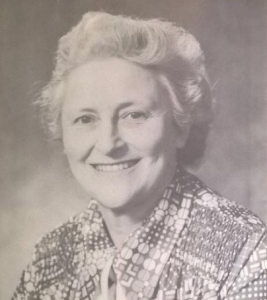 One former pupil Jenny Drewitt née Armstrong said: “She was an inspiration to so many people.

“She was a very wonderful and sincere lady and the things she said affected how people lived their lives.

“She was very loyal and she was loved by everybody.”

Miss Corderoy, who also served as a magistrate, spent her final years in the Victoria Chartwell Nursing Home, in Dyke Road Avenue, Hove.

Her family are holding a private funeral.

Former pupils, who held a reunion to mark the 50th anniversary of the Nevill School opening, and which Miss Corderoy attended, are likely to mark her memory at a 60th anniversary reunion next  year. Appropriately, it is likely to be held at the Nevill Pub, in Nevill Road, Hove. 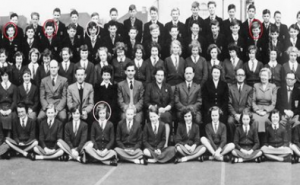 Her nephew Jim Miller said: “She was born in 1920 – and thus remembered the town’s wealthier residents driving around in horses and carriages when she was a child and Brighton’s tram system as a teenager!

“She won a local authority scholarship to Varndean Girls’ School in 1931 and was a successful student there, with particular interests in English literature and poetry and also the visual arts.

“She was deputy head girl in her final year. She trained as a teacher in Brighton but for a year during the war taught in Croydon at a time when London was under bombardment from the V1s.

“After the war her career as a teacher was entirely in Brighton and Hove. She started at the old Whitehawk school but after several fairly rapid promotions became deputy head at Dorothy Stringer School.

“She was an active member of the National Union of Teachers: I believe she may have been chair of the local branch for a time.

“In 1958, while still only 37, she became the first head of a brand new secondary modern school in Hove – Nevill School, now part of Blatchington Mill.

“She was evidently immensely popular and successful there, her charm and enthusiasm allied to great efficiency and a love for her students (and her miraculous memory for their names) giving her the ability to get the very best out of staff of every grade and students alike.” 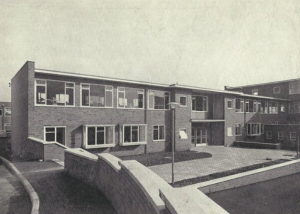 When the 50th anniversary of the school was celebrated with a dinner in 2008, Mr Miller said that Miss Corderoy was able to attend at the age of 87.

After almost 20 years in charge of the Nevill, Mr Miller said: “Her next challenge was a formidable one. In 1977 she was appointed as head of Hove Grammar School for Girls but as the local authority was moving to the comprehensive system (which she strongly supported) her brief was to oversee the school’s transition to a co-educational comprehensive one, now Hove Park, of course.

“This post, requiring much tact and diplomacy given the controversy surrounding the changes, also involved her in staying on for several years beyond the normal retirement age. She finally retired from teaching in 1984.

“Meanwhile, she had become a JP in 1970, serving on the Hove bench of magistrates, often in the family courts, I believe, until she reached the statutory retiring age in 1990.

“She was an entirely positive, kind and loving character, much adored by her family and friends (she never married but devoted much generous love to me and my children and grandchildren) and by many generations of pupils.”