People dressed up as zombies to take part in a Halloween silent disco beach clean to the strains of Monster Mash and the Time Warp last weekend. 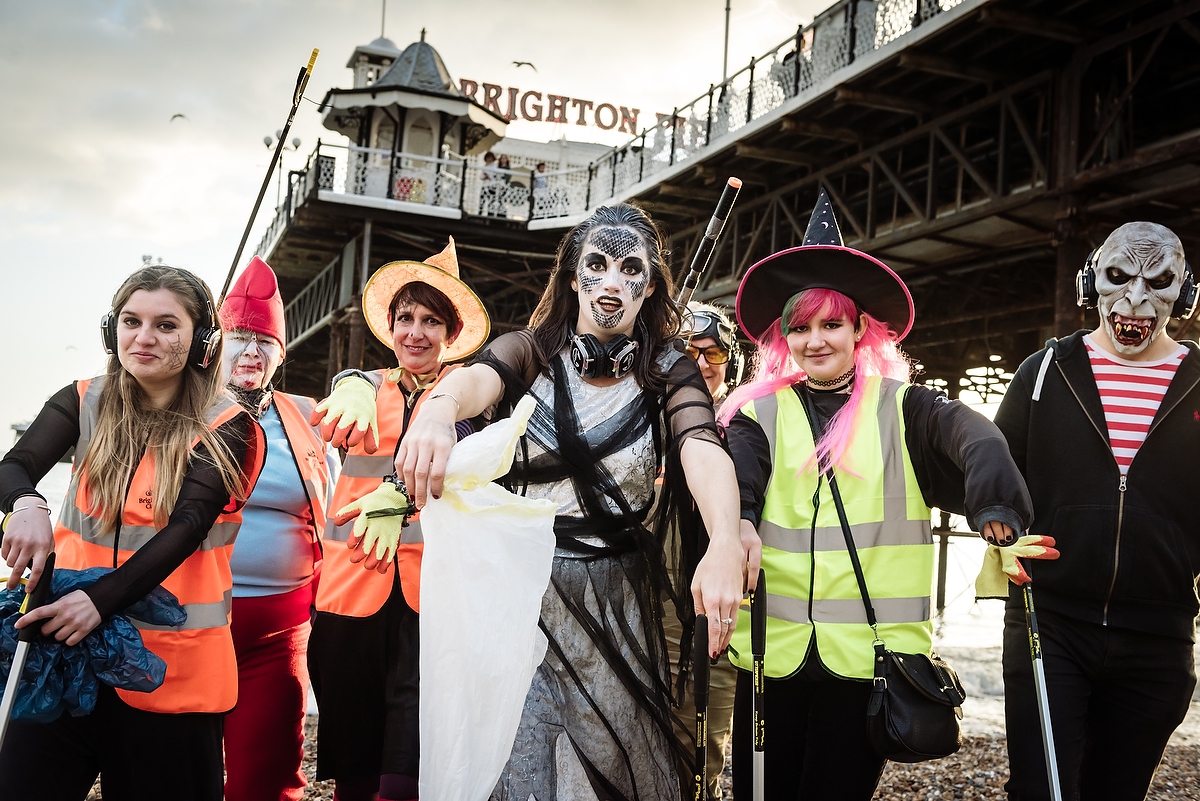 The three-hour beach clean saw 354kg of rubbish cleared from the pebbles on Sunday, led by local community group Pier 2 Pier Beach Clean, and Brighton and Hove City Clean as part of City Clean’s latest #StreetAhead campaign to tackle litter in the city. 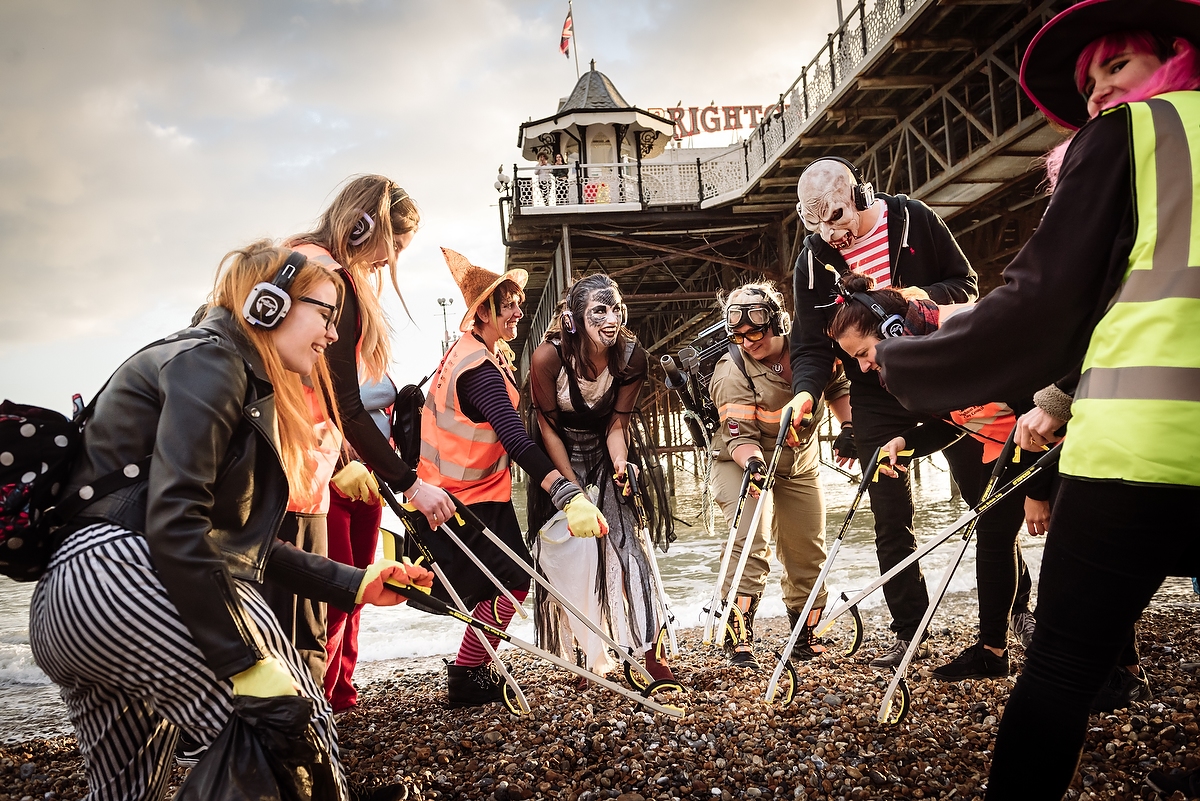 It was recently predicted that by 2050 there could be more plastic in the ocean than fish, and already, 35 per cent of fish off the coast of Brighton have plastic in their gut.

Organisers Amy Gibson and Dean Curtis said: “The silent disco attracts people who may have never thought about beach cleaning before, but they’re usually so shocked at how much litter they find that they want to do it again.

“We’re so pleased that so many people got involved and were able to see just how much difference they can make in a short space of time.”