Elm trees from Preston Park which fell victim to Dutch elm disease are being given a new lease of life by being reused as cladding for a new building ion Stanmer Park. 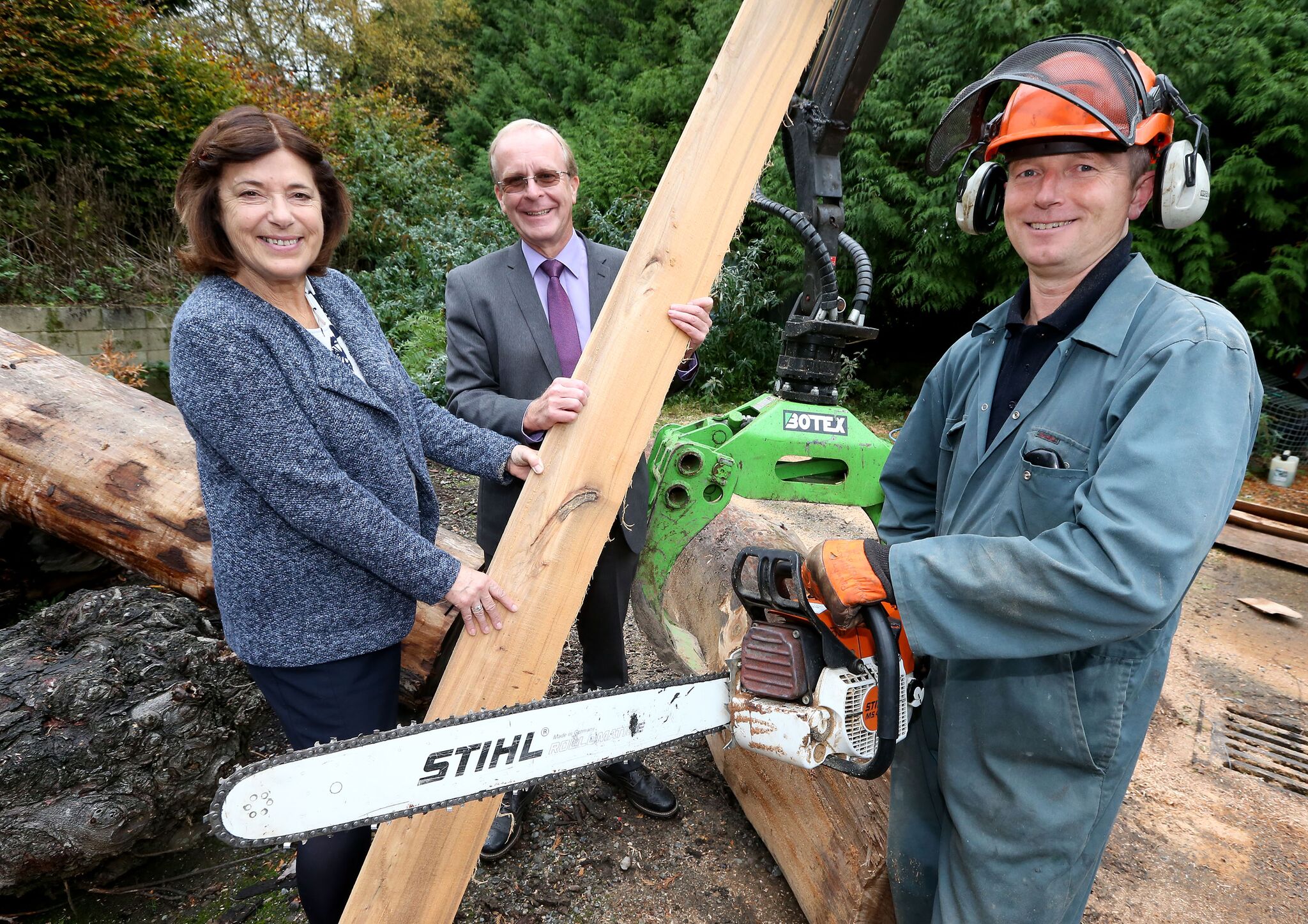 The building, known as the kiosk, will house cycle hire, an information centre and toilets as part of the Stanmer Park Restoration Project.

Last week, students from Plumpton College set up a portable milling machine in the grounds of Stanmer Park and, along with Cityparks staff from Brighton and Hove City Council, began the task of ‘planking’ – creating the new building material.

When the elms are sawn into planks, all bark is removed and destroyed to remove any beetles and control any risk of infection. The planks will be stored to be seasoned ready for use when the new building is constructed late next year.

Councillor Gill Mitchell, chair of the council’s environment committee, said: “Elm disease has had a devastating effect on many of the city’s precious elm trees which means we have to remove them when they show signs of disease to save the remaining healthy elm trees.

“But it’s great that these trees are now being reused and given a new lease of life, providing attractive cladding for a building which will sit at the heart of one of the city’s biggest restoration projects.”

The elms removed from Preston Park because of disease do not include the Preston Twins, the oldest pair of elms in the country, one of which split in the summer when rain and wind and a heavy canopy combined to bring down several branches.

Ian Rideout, Head of Faculty for Forestry & Horticulture at Plumpton College said: “We are really pleased to use our skills, experience and equipment to mark this milestone in the HLF project.

“It is a great training opportunity for our students to work alongside our staff in milling the elm to provide a lasting legacy within Stanmer Park.”

Work has been going on behind the scenes for several years, but the elm tree planking marks the beginning of physical work in the parkland. The major work will begin next autumn.

The £5.8 million Stanmer Park and Estate Restoration Project will see around 20 hectares of the park’s landscape, and Grade II listed and other buildings restored and given new life.

Work will include improving the main entrance and 18th century parkland, Walled Garden and Nursery and the adjacent depot area.

Much of the work is being funded following a £3.8 million grant from the Heritage Lottery Fund and BIG Lottery Fund’s Parks for People scheme.

Brighton and Hove is an elm disease control area, which means that elm timber can only be safely stored or transported out of the area under licence with the bark removed. The elm beetle larvae live under the bark and as they disperse to new trees they are responsible for spreading the fungal elm disease.