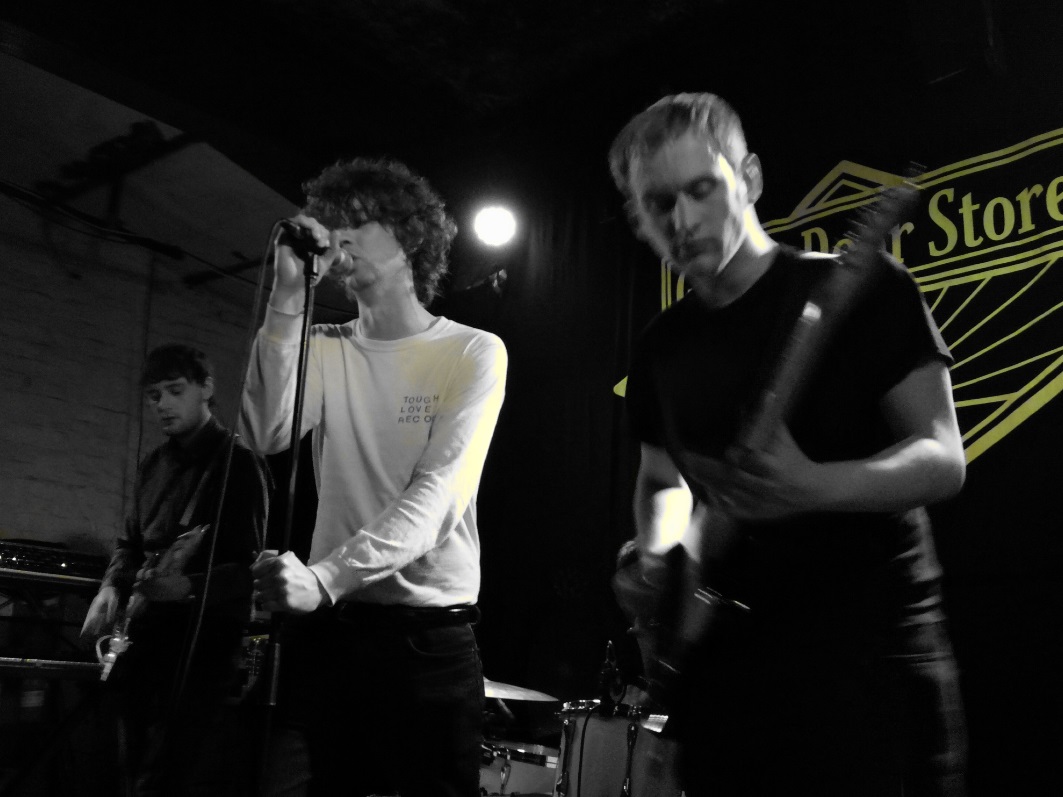 Formed in 2013, Leeds post-punk quintet AUTOBAHN are currently on a 13-date UK tour to promote their highly acclaimed new 10 song album ‘The Moral Crossing’ out on Tough Love Records. Gig five saw the boys hot-footing it down from the capital to the Green Door Store under Brighton Station.

Tonight, they certainly were keeping the crowds awake as their raucous ten track set was performed in the early hours of Saturday morning, as there was another gig earlier on by Ulrich Schnauss (of Tangerine Dream). To read all about that gig, click here: https://www.brightonandhovenews.org/2017/11/11/who-is-ulrich-schnauss-and-what-is-he-doing-in-brighton/

But for this event, AUTOBAHN took to the stage shortly after CYMBALS, who surprisingly formed as long ago as the beginning of the decade. CYMBALS, who are fellow stable mates with Autobahn, are a 4-piece mainly led by vocalist/guitarist JSC (Jack Cleverly) and keyboardist/occasional vocalist DPS (Dan Simons). They were performing tonight in support of their new melodic and easily accessible eleven track release ‘Light In Your Mind’. More mainstream than AUTOBAHN, their live sound to me has elements of 80’s pop such as China Crisis, New Order, Talking Heads and incorporates modern day Coldplay, French band DBFC and Japanese band the fin. 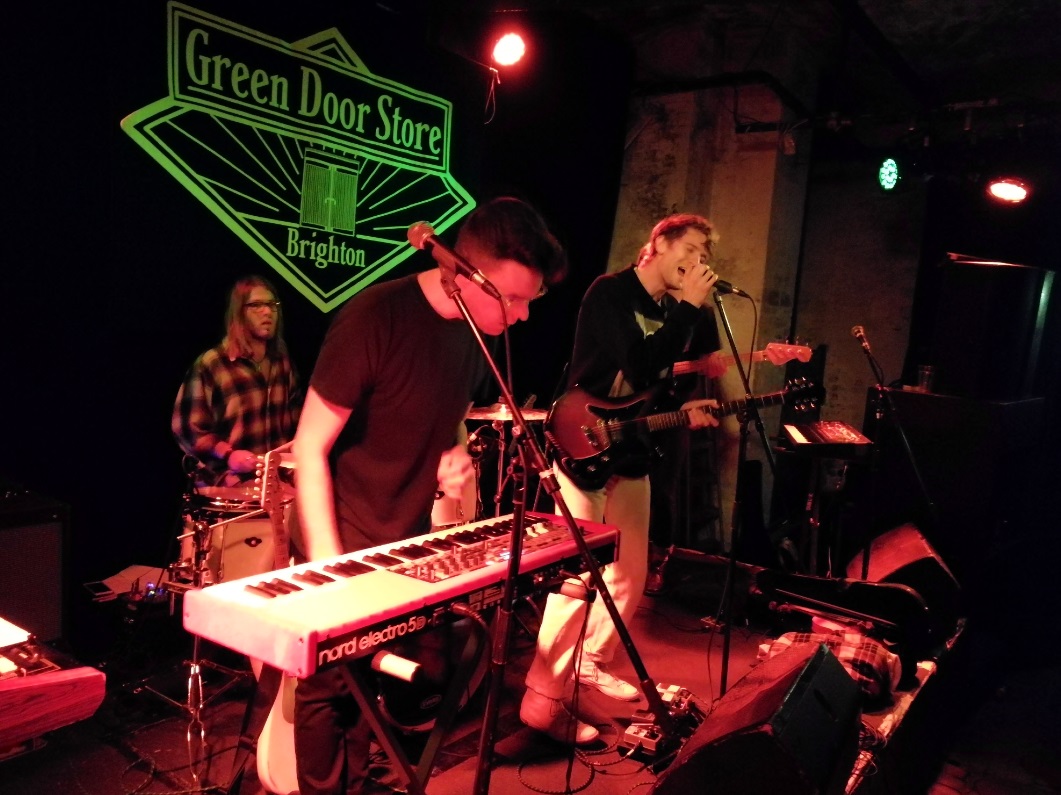 The ‘Light In Your Mind’ album is very polished and obviously the guys are accomplished musicians. It’s a classic case of, if the masses were aware of this, quite a number of them would indeed purchase it. See what I mean here: https://cymbalsmusic.bandcamp.com/

The CYMBALS easy-to-dance-to set (that finished this morning) didn’t have a single dud track in it and highlights were arguably ‘Car Crash’ and (Dan’s use of the violin on) ‘Fully Automated Luxury’.

AUTOBAHN are principal songwriter Craig Johnson, guitarists Michael Pedel and Gavin Cobb, bassist Daniel Sleight and drummer Liam Hilton. For the preparation of their new album ‘The Moral Crossing’, the guys decided to give up on their practice room that incidentally doubled as a hardcore/punk venue and built their own studio space in Holbeck, which is known to some as the red light district area of Leeds.

This action might have taken them a year from ripping out the existing contents to finishing the new album, but it certainly has added more commitment, finesse and dynamic colour to their slightly more refined sound, as compared with the energy shown on their 2014 ten track debut album, ‘Dissemble’. Their music as a result, has now become infused with the joy of exorcising the darkness and leading towards the tunnel of success. 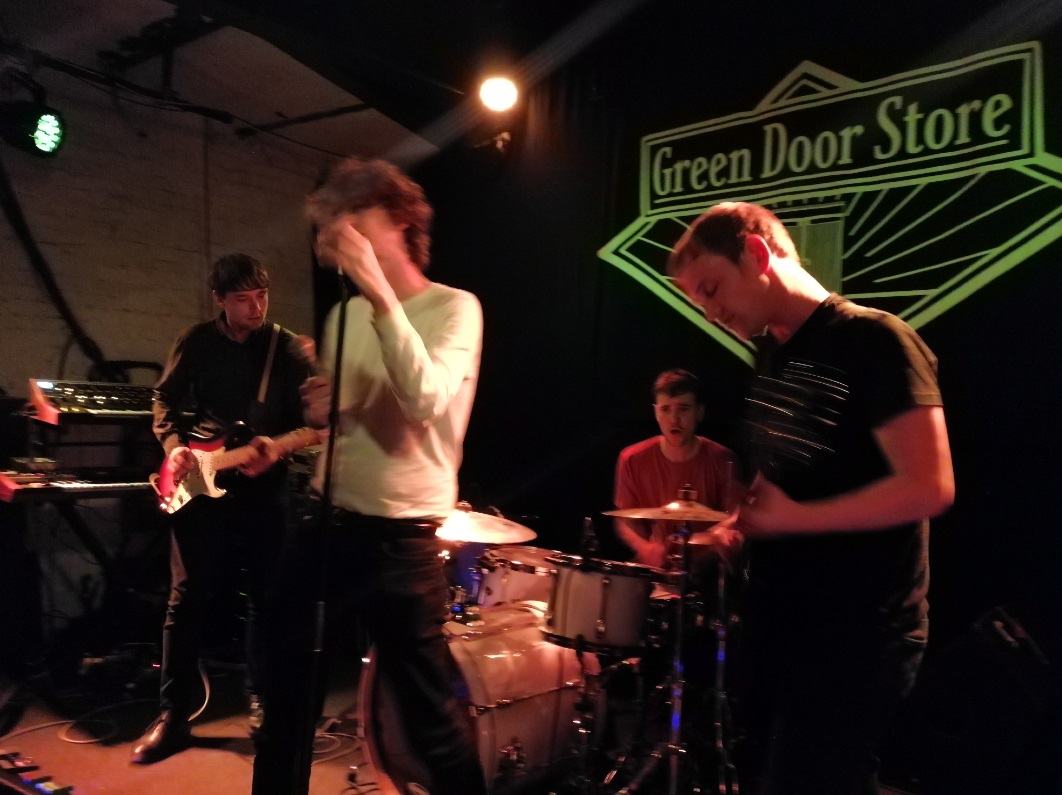 ‘The Moral Crossing’ buzzes with a sliver of strings, a squeal of feedback, pulsing drums, sheets of steely guitar and sonorous bass, complimented with Johnson’s rough, visceral, declamatory voice. This too can be said of their live appearance tonight. I was transfixed with Liam’s metronomic drumming. He was leading the guys along with his relentless beats and reminded me of the timekeeping of the likes of Stephen Morris from Joy Division and New Order. 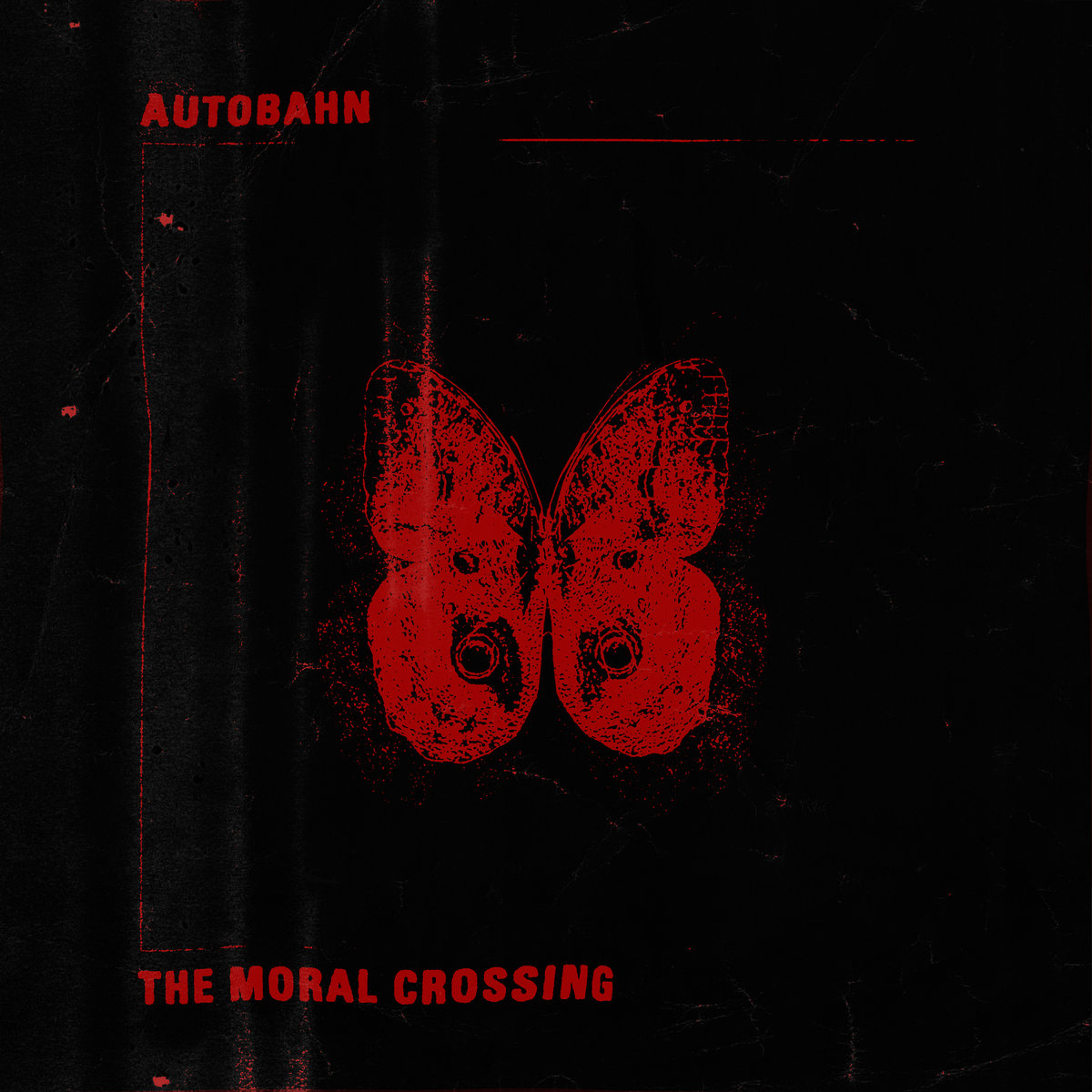 The new album from AUTOBAHN – The Moral Crossing

Come to think of it, there certainly are elements of Factory Records Joy Division in their sound, mixed with Bauhaus, Sisters Of Mercy and especially The Horrors and even feelings of Echo & The Bunnymen and Kraftwerk (“Wir fahr’n fahr’n fahr’n auf der Autobahn” indeed).

Their set opener was the short and sweet instrumental ‘Prologue’, which led nicely into arguably one of their highlights ‘Immaterial Man’, which on the recorded version really shines around the 2 minute and 3 minute slots. The repetitive aural onslaught of ‘Execution/Rise’ followed. ‘Beautiful Place To Die’ with it’s New Order/The Cure feel about it was unveiled to the lucky Brighton punters next. Interestingly enough it comes from an album that was recorded in a disused church and thus has that barren post industrial landscape feel to it – one that possibly can only be summoned up in The North. 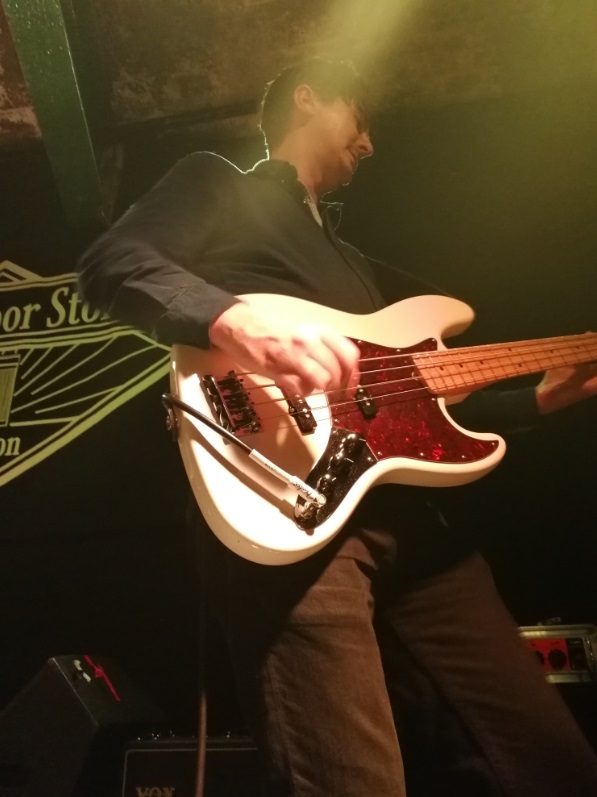 To ensure the crowd were still awake, the ‘Dissemble’ album opener ‘Missing In Action’ with its train starting intro and shouty punk vocals and aggressive guitars was up next, hotly followed by the similar ‘Pale Skin’ and penultimate track ‘Seizure’ – which incidentally is about singer Craig feeling helpless during a small fit he previously had whilst in Brighton.

The farewell gift was the six minutes plus heavy drumming title track ‘The Moral Crossing’. And that folks was it! I dutifully purchased both albums from the band and set off into the early morning rain with my ears and my heart buzzing! 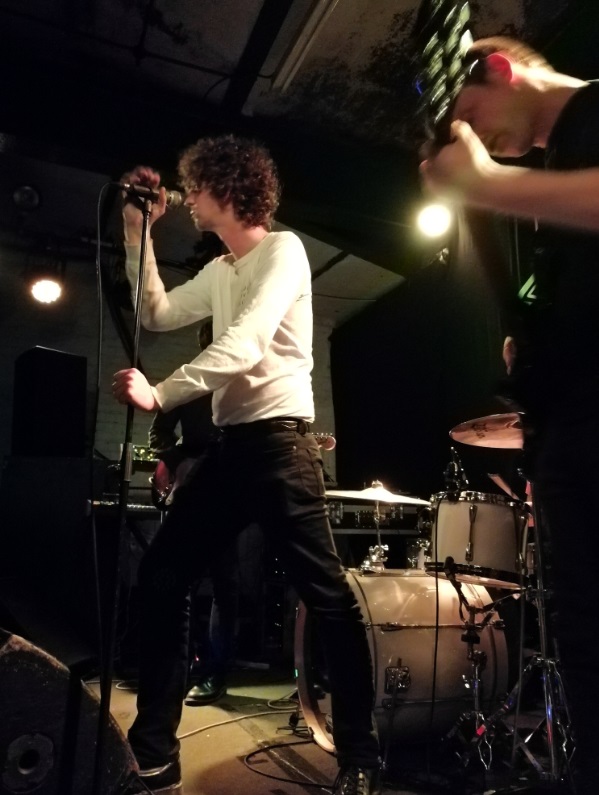 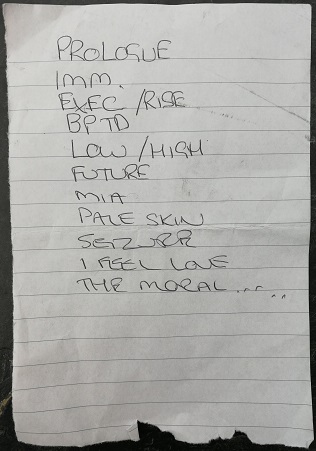