The prospective operators of two new rehab hostels for homeless women in Hove pledged to work with the community to minimise any disruption at a packed meeting with residents last week. 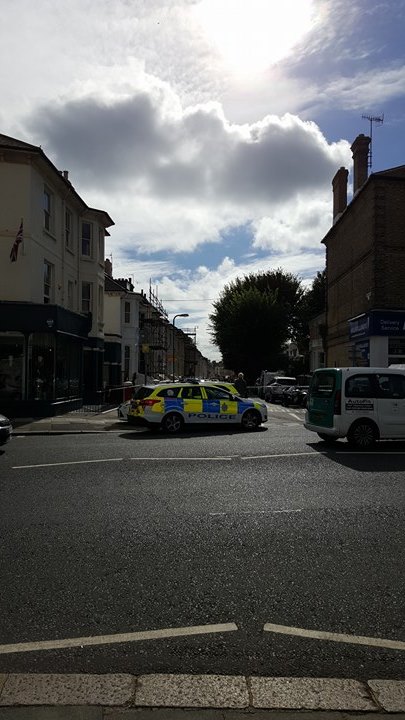 A police car blocks off Seafield Road following a fire at one of the existing homeless housing schemes there in 2015. Picture by Ian Shaw

Equinox wants to take over two houses, one in Seafield Road and one in St Aubyn’s, which are currently used as temporary and hostel accommodation for clients of Brighton and Hove City Council.

Residents of Seafield Road in particular have complained for many years that the two houses used for temporary accommodation there help attract drug using, dealing and other antisocial behaviour to the street.

Plans for a council-run hostel in the road, which caused an outcry when residents discovered them, were withdrawn earlier this year when it emerged that the earmarked houses did not have necessary planning permission and the council-run West Pier Project could not use them.

But on Thursday evening, Equinox impressed people at the meeting with their clear strategies and pledges to work with the community.

Resident Janet Bray said: “It was a very good meeting and I was impressed by the professionalism of Equinox. A stark contrast to the council when it comes to housing people who need support.

“Equinox were very clear about their plans and how they would be implemented. It was hoped that the council would share the overarching strategy for managing hostel and temporary accommodation in central Hove, but it transpired that no such strategy exists.

“There are now plans to put together a community forum involving residents, councilors and council officials (and Equinox proposal goes ahead) to develop a strategy to tackle exiting issues related to some of the hostels in the area.

“If the Equinox hostel does go ahead, it has the potential to improve the whole area. Equinox has community and neighbourhood agreements where the neighbourhood is involved in drawing up an agreement about what their expectations are.

“They run a very disciplined operation and have very strict rules. They don’t allow people to shoot up, and expect their residents to behave.

“Their residents are supported whereas a lot of people housed by Brighton and Hove City Council, outpatients from Sussex Partnership, seem to be dumped with no ongoing support except for a key worker popping in once a day. They just bung huge amounts of money to private landlords and hope for the best.

“Equinox have structures, standards and neighbourhood agreements and don’t tolerate things that shouldn’t be tolerated.

“There was a diverse range of people at the meeting, of all ages and genders, and most people came away feeling confident in Equinox.

“The garages are in bad shape and that sometimes brings other problems. I understand the council is looking at issuing a community protection notice so the owners have to keep them in good shape, free of graffiti and junk, so it doesn’t detract from the physical state of the area, because all these issues go together.”

Valerie Paynter, of Save Hove, also attended the meeting. She said: “I expressed concern that substance abusers and other troubled women the council referred there would face heavy temptation from the high levels of alcohol related outlets and numbers of drug users shooting up in Seafield Road garages area, along with the Kingsway Smart Seaview Hotel which acts as a bail hostel now.

“It’s a frying pan into fire kind of worry! The woman from Equinox said they would give them the skills to resist.

“It was clear as the meeting wore on that the big problem is the existing one that sees blue lights in Seafield Road routinely, plus defecating, anti social behaviour and noise through the night that nobody has done anything effective to halt.

“There was huge anger towards the council about its attitude and ‘negligence’. Its clear that until the planning fiasco put a spotlight on Seafield Road that the council assumed no consultation about the street was necessary.

“Janet has been amazing in organising and coordinating ahead of the town hall meeting and after last night I do see hope for positive change.

“If Equinox run a tight ship that will help too; but what is also needed to turn Seafield Road around is for housing to replace those garages tout de suite to deprive the junkies of their shooting galleries.”

Kelly Hallet from Equinox said she had inspected the house the drugs charity wants to use, which has up until now been a privately run HMO used by Sussex Partnership and the city council for temporary accommodation, and said the interior was “horrific”.

The same company which ran that HMO also runs another one two doors down, but it’s not known if there are any plans to change the use of that house.