A rare astronomical event was captured on camera today as Jupiter and Venus both appeared close together in the sky at sunrise. 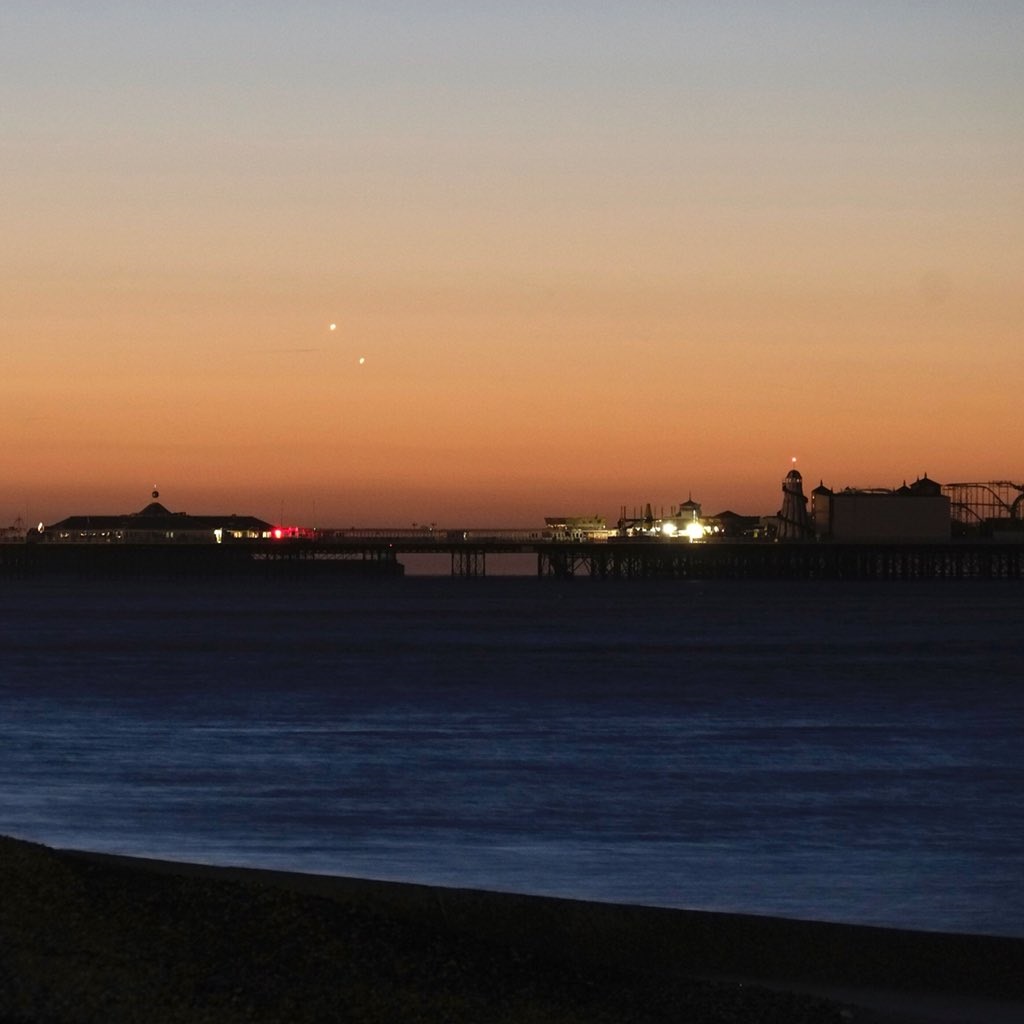 Irv Bartlett got up before dawn to record the phenomenon over the Palace Pier as the sun rose over Brighton.

Although it’s fairly common for the two planets to appear in the sky together, it’s rare for them to be so close together. Astronomers say it will be decades before they appear this closely again. 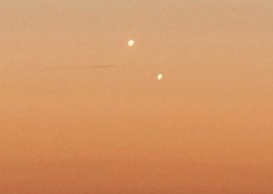 The planets will appear again – although not so close together – on Tuesday morning. And later this month, Saturn will meet Mercury on the western horizon at dusk on 24 and 28 November.

A supermoon is also due on 3 December.